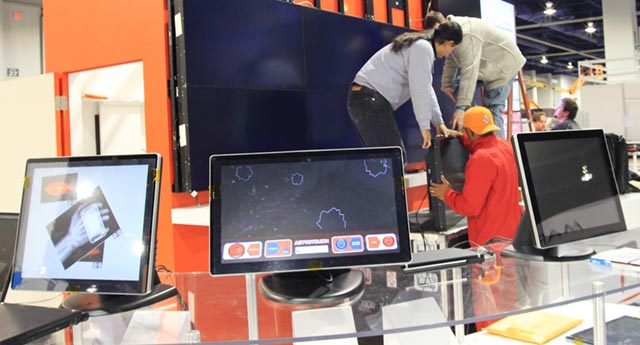 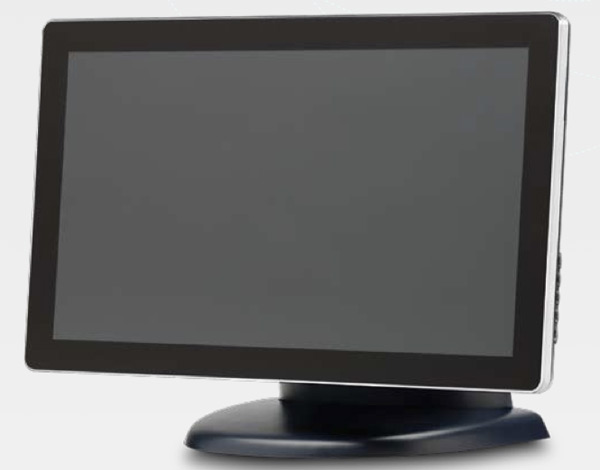 Touch Revolution has unveiled a set of ultra-large 15-32″ multi-touch screens at CES, bringing capacitive screens to the grand scale.

Though the 32″ model won’t be in production until later this year, the smaller 15, 19 and 21.5-inch models are already available. But their targeting the screens to other businesses who will be able to integrate the technology into their own devices.

Do I smell a full-multitouch iMac on the horizon? Read the teaser summary of OS X Lion:

I sure hope so.

If you’re lucky enough to be at CES this week, make sure to stop in at Touch Revolution to test out their demo models.

REDWOOD CITY, Calif.–(BUSINESS WIRE)–Touch Revolution (www.touchrev.com) today announced the launch of TRū™ Multi-Touch Monitors, a revolutionary line of desktop and open frame projected capacitive touch screen monitors ranging in size from 15″ to 32″ designed to provide the same intuitive user experience that consumers have come to expect in the latest smartphone and tablet devices.

Touch Revolution will be showing a myriad of innovative touch screen product applications with Android and Windows 7 software demonstrations running on TRū™ Multi-Touch Monitors in its booth (#21755 in South Hall 1) at 2011 CES in Las Vegas beginning January 6 including:

In addition to 15″, 19″, and 21.5″ models ready for sale now, the Touch Revolution booth will have a demonstration of a 32″ wall mounted TRū™ Multi-Touch Monitor with embedded gigapixel viewer which allows visitors to explore Yosemite National Park on a touch screen in ways they never could before. The 32″ TRū™ Multi-Touch Monitor is planned for production later this year.

“The TRū™ Multi-Touch Monitor line represents a major step forward for OEMs and ODMs looking to offer the type of intuitive multi-touch experience enabled by Projected Capacitive technology that to-date has been limited to smaller screen sizes,” said Touch Revolution CTO and founder, Mark Hamblin. “We will continue to drive the adoption of Projected Capacitive touch screens into any market you can imagine.”

The TRū™ Multi-Touch Monitor line complements Touch Revolution’s other projected capacitive touch screen products which will also be on display in multiple concepts at CES:

Visit Touch Revolution’s new website at www.touchrev.com to see all the latest information on the TRū™, Fusion™ and NIMble™ product lines.

Stop by Touch Revolution’s booth (#21755) at CES January 6 through January 9 to register to win one of ten 21.5″ TRū™ Multi-Touch Monitors with complimentary GestureWorks software.