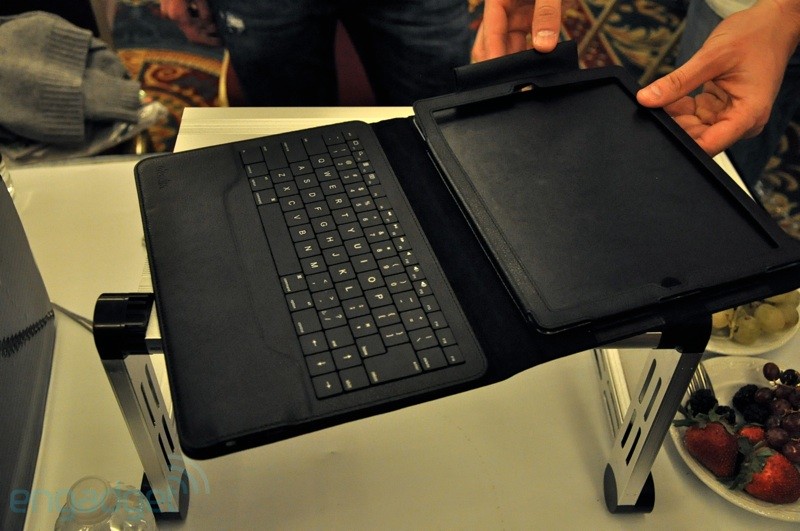 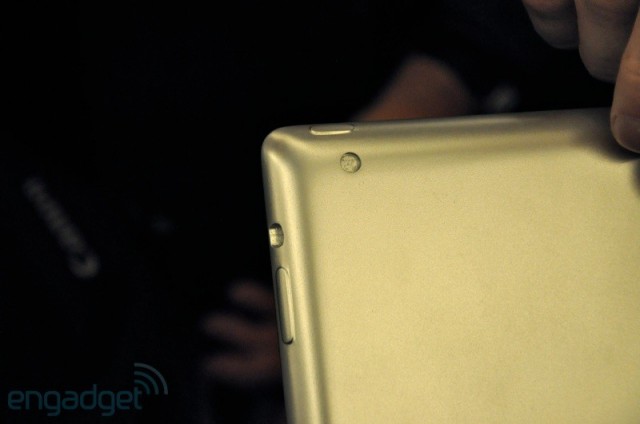 A new iPad 2 case has turned up at the Consumer Electronics Show in Las Vegas, sporting a full-sized, removable bluetooth keyboard that magnetically attaches to the bookish cover, designed to give full laptop style and functionality to the upcoming younger brother of Apple’s tablet.

Though pre-emptive cases for the yet-unreleased iPad 2 are nothing new, it’s the machined aluminum mock-up of the second-generation iPad inside this one’s sleek, black leather covers that really demands attention. Though we won’t know exactly where the specs came from, it seems absurd Dexim would go through all the trouble of designing a tight-fitting sleeve for it – which, by the way, the original iPad doesn’t fit into – if they weren’t absolutely certain about its accuracy.

The case features some of the same revelations we’ve seen from those released in China last month: Front and back cameras, a larger speaker, etc. But it’s the first to reveal the new exterior design.

The next model will be slimmer, with tapered edges similar to the iPod touch. Which crushes my own hopes for a more iPhone-4-esque style with a flat glass back and metal band around. But I do understand. A full glass body would weaken the structure; possibly so much so that a person could hold the edges and kick straight through the thing.

By this point, little is left to the imagination for the iPad 2’s exterior. But with Skype’s recent update heralding in the ability to video call over 3G, as well as a discovery in FaceTime’s code that allegedly allows for the addition of multiple-party video conferencing to the program’s future, expectations are undoubtedly growing as to just what those cameras will be capable of.