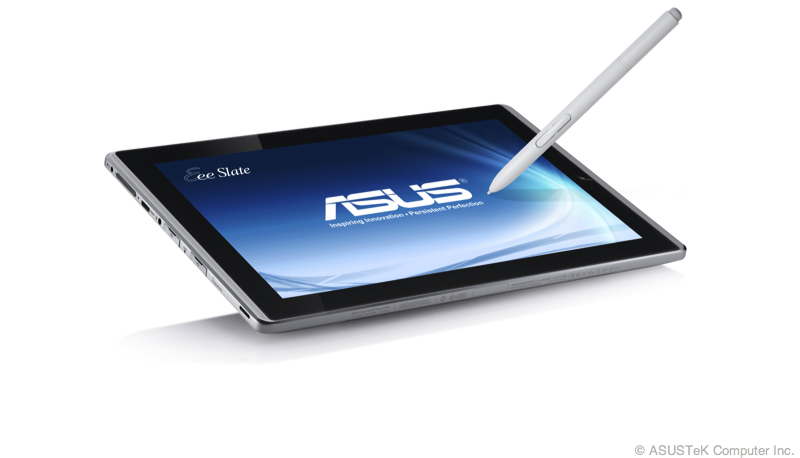 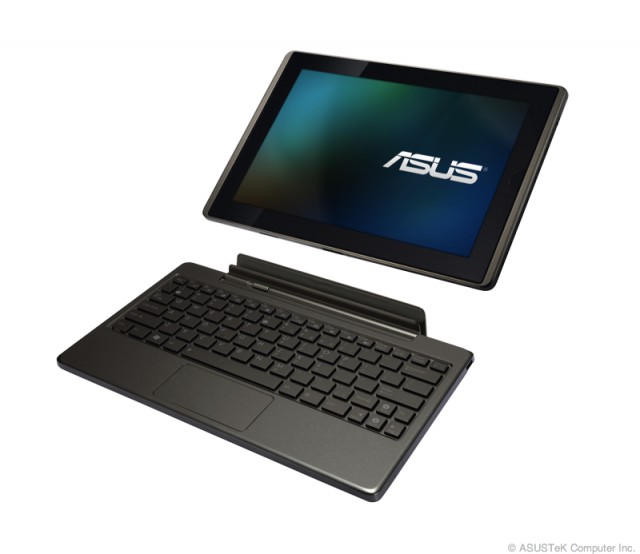 Surprising no one with a technology pulse, tablets are big at this year’s CES. So with damn near everyone and their grandmother showing off what they’ve been working on over the last year, it’s advisable that your product better be among the sleekest if you want to get noticed.

ASUS appears to be starting off the jockeying pretty well with their four new products. The Eee Pad MeMO has a 7” capactive screen and will ship with the new Android 3.0 (Honeycomb). ASUS is a little shy on the power details beyond a note that it comes equipped with a Qualcomm Snapdragon mobile processor, if it’s the most-recent, third generation that should ring in as a 1.2Ghz processor. Oh and it comes with a stylus pen if you’re into that.

The Eee Pad Transformer and Eee Pad Slider take an innovative approach to incorporating an optional full keyboard. Both have 10.1” IPS touchscreens, NVIDIA Tegra 2 mobile processors (1Ghz), and will likewise ship with Android 3.0. The way they’ve incorporated the keyboard is the stand-out of both these products. The Transformer keyboard is a docking option that also serves as a battery extension station, giving you a reported 16 hours of battery life. The Slider comes loaded with a sliding keyboard that is really slick. Check out both of these in action on ASUS’s promo video but try not be distracted by the pretty British lady with the giggly boobs.

Last but not least, the Eee Slate EP121. It’s loaded with a 12.1” multi-touch screen and an Intel Core i5 processor that packs 2.66 GHz of processing power. A break from the other Android-driven products, it ships with Microsoft’s Windows 7 Home Premium OS, . With the Windows OS, a boatload of power, a nice big screen and a 64GB SSD drive the Slate is definitely being targeted towards the enterprise crowd. ASUS also highlights that there’s a bunch of data input options like pens and Bluetooth keyboards too.

If you’re at CES you can see them all live and in action at the Aria Hotel Juniper 1 Ballroom.