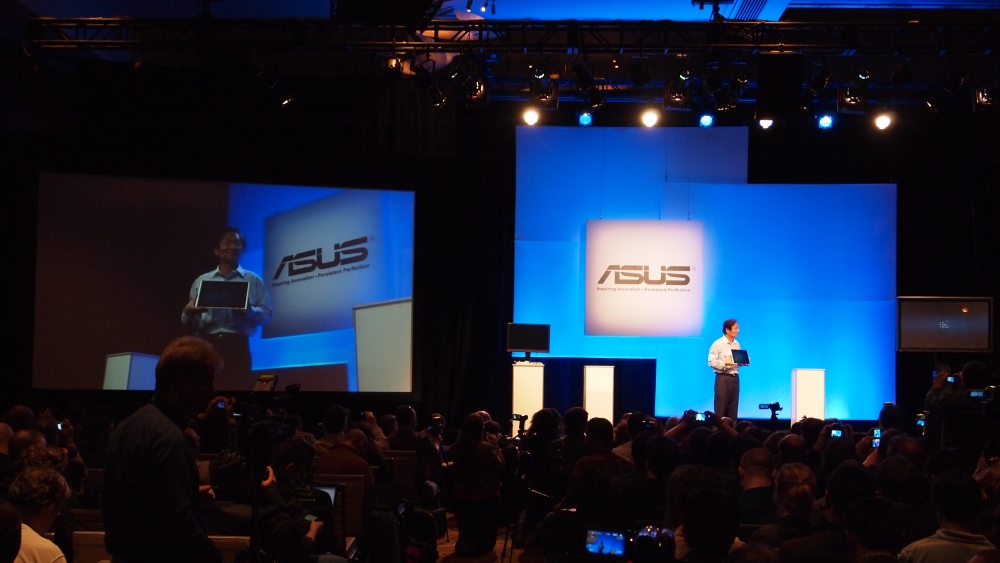 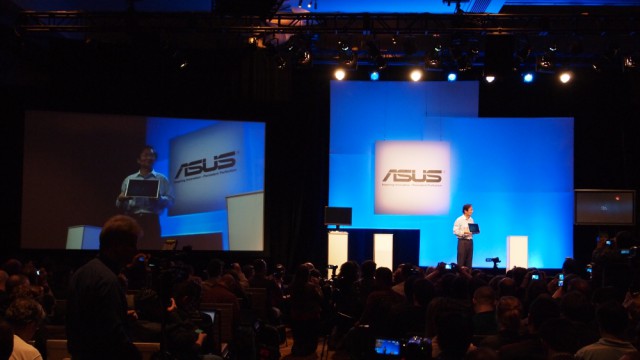 Going into this year’s Consumer Electronics Show, we were absolutely certain that there would be more than a few tablets on display. During the Asus press conference a couple days before CES officially opened its doors, the Taiwanese juggernaut unleashed several such devices. Want a beefier processor? Slide-out keyboard? The best of both worlds? Asus might have you covered.

Easily the most powerful tablet of the bunch is the Asus Eee Slate EP121. Instead of going for a what most people would consider a “mobile” processor, Asus is dumping an Intel Core i5-470M processor in this Windows 7-powered beast. It’s like having a laptop.

The Eee Slate EP121 is also the biggest of the bunch with its 12.1-inch 1280×800 multi-touch IPS display, accompanied by a 64GB SSD and 4GB of system memory. You’ll also notice the integrated wireless-N, HDMI-out, 2.0MP webcam, and Adobe Flash 10.1 support. Not surprisingly, this is also quite expensive when it comes to tablets. We’re expecting the EP121 to launch this month, starting at a cool $999.

From what I can gather, Asus is using the “Slate” moniker for beefier models like the EP121, whereas it’s using the “Pad” moniker for the more conventional tablet range. One of these is the Asus Eee Pad Transformer. No, this has nothing to do with Shia Labeouf.

Instead, the Android-powered tablet comes bundled with a “mobile docking staton.” This is similar to the Lenovo U1 Hybrid that we saw at last year’s CES, in some ways, as the tablet can operate on its own or it can “dock” into a full keyboard. The docking station also provides extra ports and a card reader.

In terms of the tablet itself, they’re going thin at just 0.51-inches for this 10.1-inch capacitive IPS display-equipped tablet. Power comes by way of NVIDIA’s Tegra2 dual core processor, offering up to 16 hours of juice at a time. There are dual cameras (5MP rear, 1.2MP front), wireless-N, HDMI, Bluetooth, 1080p HD playback, and Flash 10.1 support. They’re really pushing the Flash thing, as you’d expect, to counter the iPad’s shortcoming in that regard.

The Asus Eee Pad Transformer will sell for $399 to $699 when it starts shipping in April.

For my part, the most intriguing device is the Asus Eee Pad Slider. As its name implies, this is a tablet with a slide-out keyboard, but it slides at a slight angle. You might remember the HTC Advantage from a few years back; it’s kind of like that, but bigger.

Most of the specs are on par with the Transformer, running on Android, rocking a 10.1-inch IPS multi-touch screen, and wielding a pair of cameras. It was a little hard to tell from such a distance, but the curvy styling looked really good to me too.

The Eee Pad Slider will be the last one to launch from this group, selling for $499 to $799, starting in May of this year.

What will the other companies bring to the tablet table at CES? I’ll definitely be on the lookout, but I’m expecting a lot of Android and a lot of Tegra2.