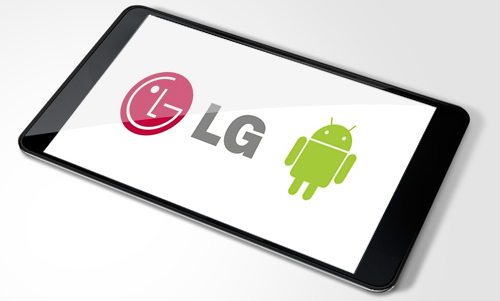 Not surprisingly, Motorola won’t be the only one rocking out with a Honeycomb tablet this week. We’re fully expecting to see the Motorola XOOM at CES in a couple of days, but it’s going to be joined by an offering from LG as well.

It has been confirmed that the Korean electronics giant will be showing off a new Android tablet and it will come powered by Android 3.0 Honeycomb. This is just a generic mockup that we see here, so any specific design cues are still largely up in the air.

Going through the rest of the buzz (bad pun, sorry), we hear that the yet-unnamed LG tablet will feature a 8.9-inch display. There are rumors that it may also be offered in a full 10-inch variant, possibly with a full keyboard of some kind (a first in this era of tablets, as far as I know), and the NVIDIA Tegra 2 processor that’s become the norm for Honeycomb.

LG has a press conference at CES scheduled for Wednesday, so we’ll likely get to see the new tablet in the flesh (so to speak) at that time.