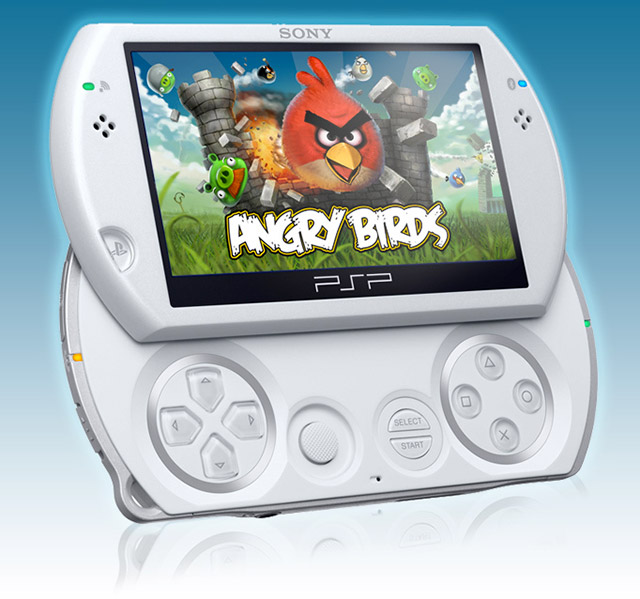 Really? You still haven’t played Angry Birds yet? Maybe you don’t have an iPhone, iPad, Android phone, or even a Symbian phone. Maybe you really haven’t had the chance to experience the white egg-laying bird or the yellow speed-boost bird. Well, if you happen to have a PlayStation 3 or a Sony PSP, you’re about to get into some “wee” luck.

Rovio and Sony are releasing a version of the popular Angry Birds casual game on the two major platforms. The game is coming by way ofthe usual “PlayStation Mini” title that you can acquire through this week’s PlayStation store update. To my knowledge, this is the first time that Angry Birds will appear on a device that isn’t a touchscreen. How about that?

That’s the good news, at least for the pig-fighting, bird-flinging readers here. The bad news is that the Sony variant on Angry Birds will only “ship” initially with just 63 levels. Compare that to the 210 levels you get on the iPhone version, not including expansion packs like the one we got for Halloween and Christmas.

Since the iPhone version is under a buck and the Android version is free, I can’t imagine Rovio and Sony charging too much for the PS3 and PSP versions. Then again, the going rate for even the most casual of games through XBLA and PSN is about five bucks.