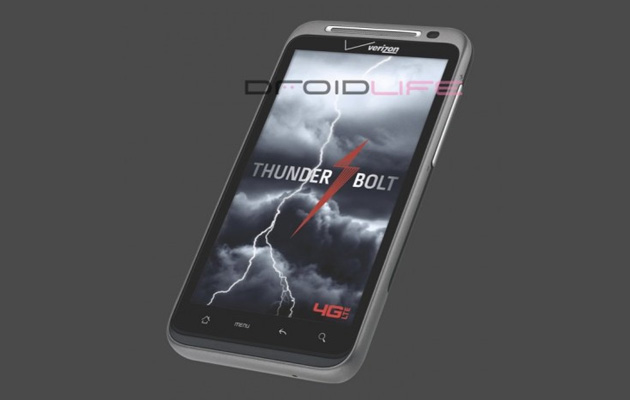 So, now that we’ve gotten a really good look at the upcoming HTC Thunderbolt smartphone with its Verizon-happy 4G LTE connectivity, we want to take a closer look at the spec sheet to see if it really is all it’s cracked up to be. Some hearsay has revealed some new specs for the phone and, more likely than not, they’re probably too good to be true.

For starters, it has more or less been confirmed that the Thunderbolt will only have a single-core processor when it gets formally announced at CES. German blog HTC Inside, on the other hand, says that the Thunderbolt will have a dual-core Snapdragon 1.2GHz (MSM8960) CPU under the hood. The trouble is that this processor won’t really be ready for “sampling” until the middle of 2011. That means it won’t actually show up in consumer-ready devices until early 2012 at the earliest. The good news is that, when it does pop up in phones, it will be capable of PS3-level graphics.

HTC Inside also goes on to mention a five-megapixel front-facing camera and expandable storage up to 128GB. I don’t see why HTC would want such a high resolution cam in the front, at least for now, but the expandable storage could be a real possibility with the increasing affordability of microSDHC cards.

And for the record, Qualcomm is still having some trouble with its dual-core Snapdragons anyhow. That could be why Google is opting for NVIDIA Tegra 2 as its reference platform for Android 3.0 Honeycomb.

Update: HTC has run an ad in Rolling Stone, the ThunderBolt is confirmed.