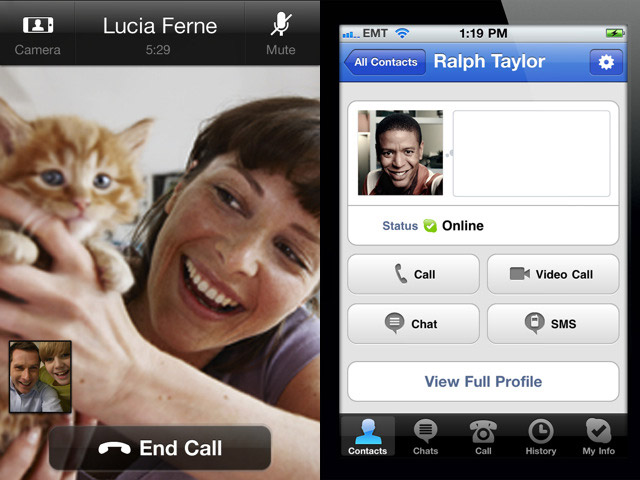 Skype has grown to be a popular alternative of communicating between friends and family that are separated by long distances, due to the fact that it is both free to use and it wisely utilizes the webcams and microphones that are standard on almost all laptops and netbooks.

Up until yesterday the mobile Skype application had been limited with features and did not included video-calling like its desktop counterpart did. Skype released the latest update for the iPhone and iPod touch, among the improvements is the addition of video-calling for the iPhone 4, it allows a user to make video calls on either WiFi and or 3G network connections. Its ability to make video-calls over 3G is a surprise because Facetime from Apple is still restricted to making video-calls over WiFi.

The update will allow owners of the iPhone 4, iPhone 3GS and 4th Gen iPod touch to use the two-way calling feature to other devices or to Skype desktop users. Users on iPad and 3rd Gen iPod touch will only be able to receive video. To say that this is a welcomed update may be an understatement, and I am certain that everyone will find value in this new development; regardless of the minimal downtime Skype experienced earlier this week.

• Make Skype to Skype video calls on WiFi and 3G*

• Receive only video supported on iPad and iPod touch 3rd gen, with no camera.