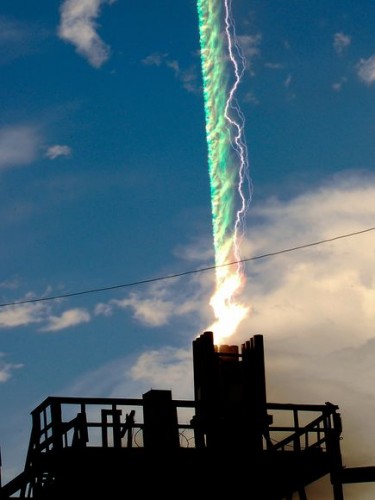 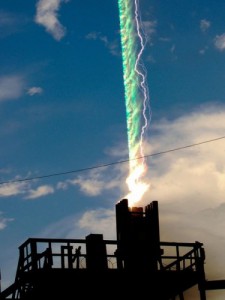 Students at the Florida Institute of Technology in Melbourne have taken the first X-ray photograph of lightning, confirming the notions that lightning both emits radiation and that most of that radiation is localized to the tip of the bolt.

The camera, which is lined with lead and weighs in at 1,500 lbs, takes 10 million hexagon-shaped, 30-pixel photos per second on a grid. The photo isn’t very high-res, but is able to aid in further research into lightning radiation.

To ensure the lightning struck in the camera’s visual field, the team shot rockets into the storm clouds with wires trailing back down to a large metal structure sitting in the camera’s view. Though this is technically artificial creation of lightning, Joseph Dwyer, a lightning researcher at the institute and the professor leading the study, said the same results would be achieved under natural circumstances.