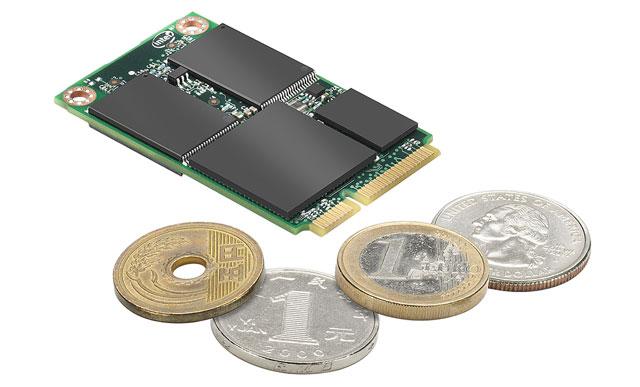 As the demand for portable devices like smartphones and tablets continues to increase, so will the demand for increasingly small in stature but big in performance memory chips. Drifting away from conventional hard drives, the new Intel 310 series solid state drives are just one eighth the size of their predecessors.

Measuring just 51mm by 30mm and with 5mm of thickness, the new SSDs are considerably smaller than the Intel x25 SSDs that came before them. Even though they’re a fraction of the size, the 310 series drives are said to deliver the same level of performance. They also happen to be Intel’s first mSATA SSD, which is described as “physically a mini PCIe connector (similar to what you’d see with a WiFi card in a notebook) but electrically SATA.”

Target applications would include devices like notebooks, netbooks, tablets, rugged industrial devices, handhelds, and so forth. Lenovo has already signed up to receive a bunch of these for its upcoming ThinkPads and you can be sure that other manufacturers will want a piece of this incredibly tiny pie too.