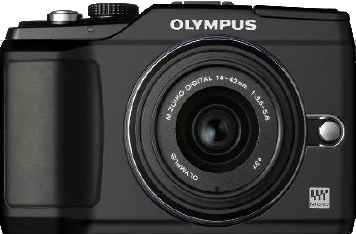 Those of you who read my personal blog will know that I recently picked up the Olympus E-PL1. I need a replacement camera after my Canon got stolen and the E-PL1 offers SLR-like functionality with interchangeable lenses and a larger sensor, while being not that much bigger than a point-and-shoot. We’ve already seen the pseudo-update called the E-PL1s, but a true successor is reportedly making its debut next week at CES.

Of course, fans of the micro four-thirds format probably could have predicted that an Olympus E-PL2 was in the works. After all, Panasonic just recently announced the pending availability of its GF2 to follow up on the GF1. So, what is new with the upcoming Olympus E-PL2? Well, aesthetically, it looks pretty much the same as the E-PL1.

That is to say that it’s still taller but not as wide as the E-P1 and E-P2. From what I can see, it retains the pop-up flash and the slight bulge of a hand grip on the side. While the standard E-PL2 kit will reportedly still come with a 14-42mm F3.5/5.6 kit lens, this one is a slightly different breed than the kit lens that came with the current Olympus PEN series. 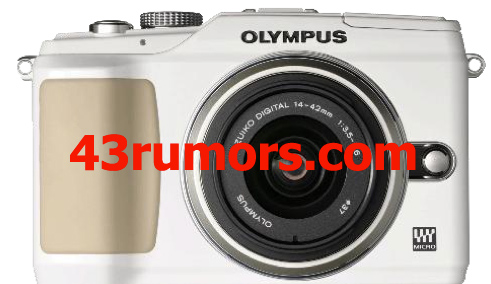 There’s still a direct movie button too, but the max ISO has been bumped to 6400, a new Dramatic Tone art filter has been added, and the LCD has been upgraded to a 3.0-inch 460k dot display. A “PENPAL” external Bluetooth module is being announced too, which attaches to the hotshoe and allows you to instantly send pictures via your Android or Windows smartphone to Flickr, Facebook, and other social networks. I’d imagine this is an optional accessory, much like the electronic viewfinder and mic adapter.

No word on price, but the Olympus E-PL2 is expected to make its official debut at CES before going on sale in February.