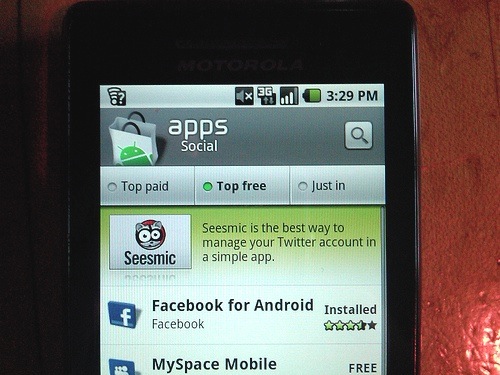 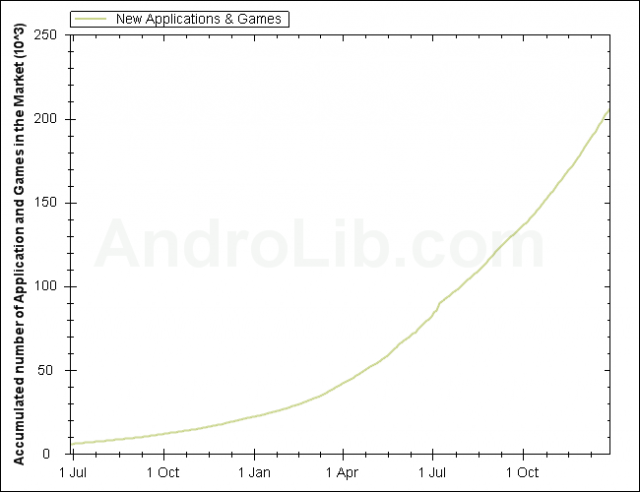 Everyone is still trying to catch up to the ever-growing flood of apps available through the iPhone’s App Store, but Google Android is certainly starting to pick up steam. According to some unofficial reports from AndroLib, Android Market is now loaded with over 200,000 of those little programs for your favorite Google-flavored devices.

It’s important to note that this figure is highly unofficial. Google itself announced reaching the 100,000 app milestone on October 25. It’s really unlikely that the app count effectively doubled in time for the holidays, but it’s possible that Google was slightly under-reporting when it made that announcement two months ago.

The great thing about Android, at least from Google’s perspective, is that the platform is picking up steam and consumers have a lot of choice when it comes to Android-powered handsets. Whether you’re rocking a T-Mobile G2, Sprint Epic 4G, or Verizon Droid X, you’re knee-deep in the Google pool. That certainly helps from a development standpoint, reaching an increasingly large audience.

No, the number of apps in Android Market is not quite as plentiful as its iOS counterpart, but you also have to reallize that both marketplaces contain a fair bit of fluff material too. Really, how many fart apps do you need?