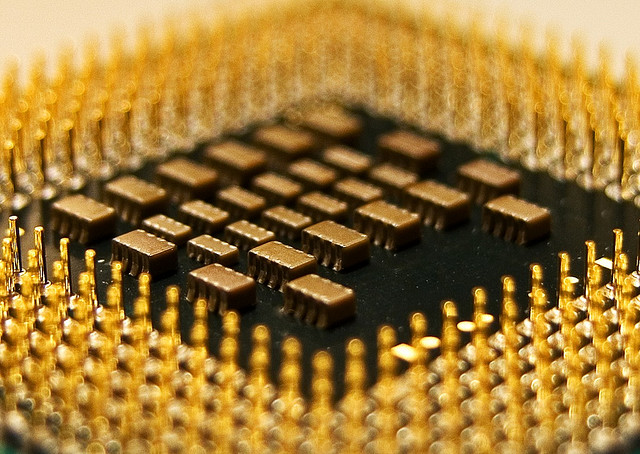 Our computers in their simplest form are just a series of tiny electronic circuits containing transistors that switch on and off in certain patterns to execute the functions that we need. At their conception computers were created using only one core processor; this is what reads and performs instructions. Now a computer that has at least two processors is commonplace, and with higher end systems having up to 16 cores.

They achieved this feat by using a Field Programmable Gate Array (FPGA), which contains transistors just like all other microchips, but they are unique in that rather than having their functions set at the assembly line, the circuits are essentially a blank slate and can be customized by the user. Dr. Vanderbauwhede was able to separate the transistors into small groups and assign them each to perform a different task. This effectively created 1000 small circuits in the chip, and as a result a 1000-core processor with each individual core capable of working solely on its own instructions was born.

Dr. Vanderbauwhede said: “FPGAs are not used within standard computers because they are fairly difficult to program but their processing power is huge while their energy consumption is very small because they are so much quicker – so they are also a greener option.”

They then tested the chip by processing an algorithm that is central to MPEG videos, like those used on YouTube; they came up with a speed of 5 GB/s, which is 20 times faster than current high-end desktops.

Nowadays it is expected that a computer should have a multi-core processor, they all still have to share access to only one memory source, consistently slowing down the computer. Dr. Vanderbauwhede and his team increased efficiency by giving each core is own separate amount memory.

He is planning to present his developments at the International Symposium on Applied Reconfiguable Computing in March.