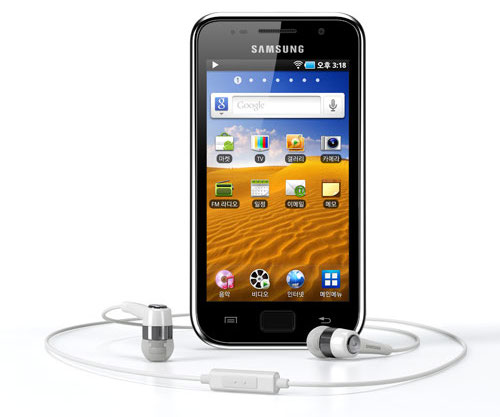 An Apple iPhone with the phone module ripped out is basically an iPod touch. So, what happens when you take the Samsung Galaxy S and remove the phone part out of that? Apparently, it’s the up and coming Galaxy Player.

This is not the lower-spec’d device that we first saw a couple of months ago. Instead, the new iPod touch of the Samsung world is actually much closer to its real smartphone counterparts. The Galaxy Player will reportedly come preloaded with Android 2.2 Froyo, a 1GHz processor (just like its phone-happy compatriots), and a brilliant 4-inch display. While it’s not AMOLED, it is a respectable Super Clear LCD. There’s a 3.2-megapixel camera on board too.

We’re calling this device the Samsung Galaxy Player for now, but the official model number making its way around the Samsung assembly plant is apparently the Samsung YP-GB1. The YP part of the name makes perfect sense, since that’s what we see with the rest of Samsung’s MP3 players. Remember the Yepp moniker?

In any case, we’re expecting Samsung to show off its latest non-phone touchscreen-based Android device at the Consumer Electronics Show in Las Vegas. That’s only about a week and a bit away.