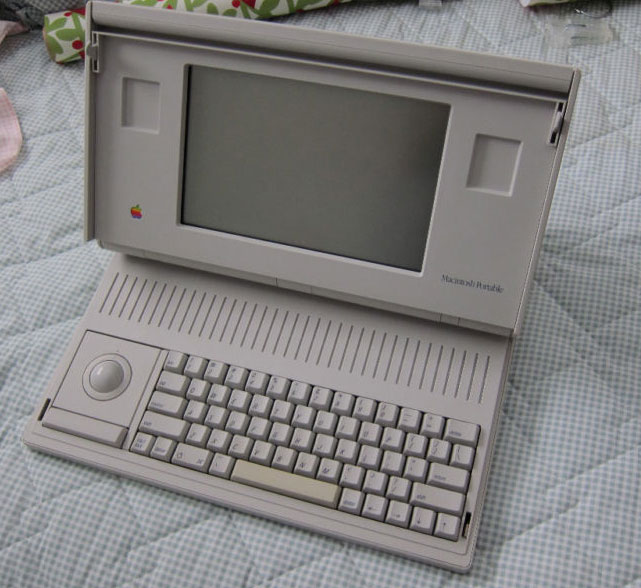 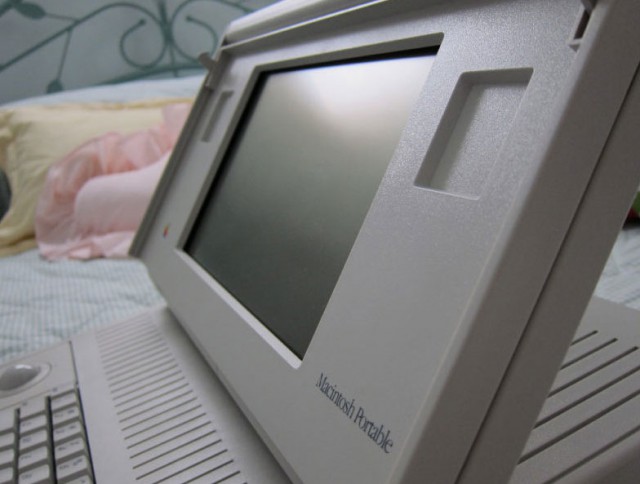 In 1989 there was a lot of hype and excitement surrounding Apple’s very first battery-powered Mac. I know 4-inches thick and 16-pounds may not pass as portable by today’s standards, but at the time a battery, which was considered to be a space-age innovation for computers, powered it.

Now it seems that someone has been able to get in their hands on a prototype of this piece of technological history. But that is not the most fascinating part of this news. The prototype had its trackball placed on the left side of the keyboard; perhaps as a political standpoint, of being more of a lefty than right, or maybe the designer was a lefty. Regardless, it was changed to the right side to accommodate the majority of computer users.

Though usually prototype hardware owners are very protective about their property—this seller points out that the test Mac is “not for sale”—which maybe code for you’ll need to try really hard to get it. With good reason, in 1989 it was worth $6500, add 20 years of vintage status, a rare modification, and who knows how high the price will end up. As of this writing it’s sitting at the opening bid of $1,750.00, one small problem, it doesn’t turn on.