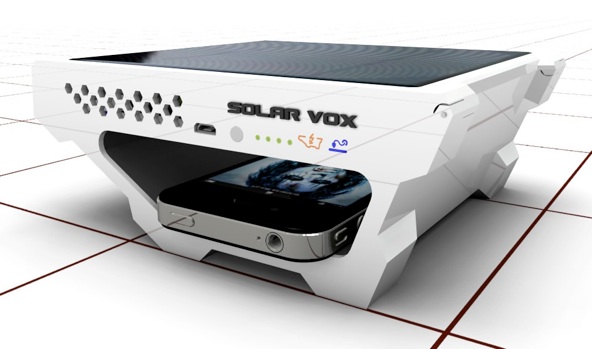 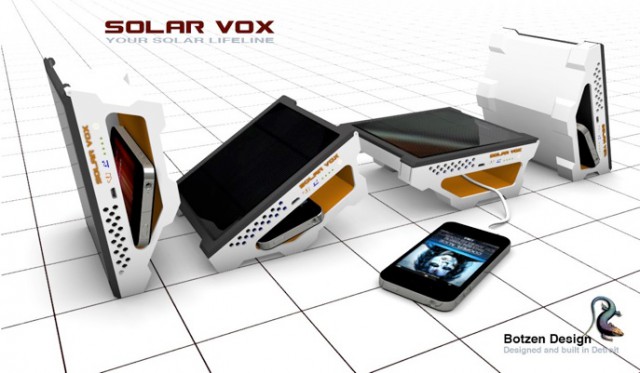 Even if your local power provider uses a greener technology like hydro power, it’s still not completely green. I’m not saying that the Solar Vox is completely green either, but it could help you be a little nicer to mother earth.

This solar USB charger comes by way of Eric Strebel and Jim Nogarian. The industrial designer and his partner are launched a “Kickstarter” campaign for the Solar Vox and they’re looking for funding to bring this concept from being just an idea to a viable commercial product. It may look like an Etch-a-Sketch with a slot, but it’s a little more than that.

The idea is that there is a big solar panel on top and this can channel electricity toward a pair of AA batteries or directly to a portable device via USB. The housing is designed in such a way that you can tilt and angle the solar panel to face the sun, offering optimal charging for your iPhone, BlackBerry, or whatever else. That slot underneath provides a handy storage spot for your mobile device too.

The Solar Vox is an interesting, but not completely original idea. If you want to throw your support behind Strebel and Nogarian, go ahead and pre-order the device by January 28.