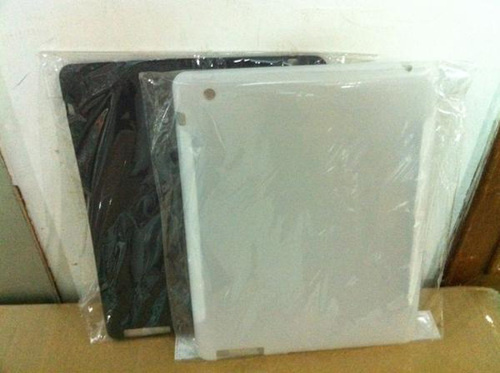 Rise, Lord Vader. Rise! As always, we should take these rumors with a serious grain of salt, but a whole slew of rumored features have now been leaked out on the Internet pertaining to the upcoming iPad 2 from Steve Jobs and crew at Apple.

If you were hoping to get a Galaxy Tab-esque 7-inch screen for this go-around, you’ll likely be disappointed. The rumored reports, coming from a Japanese blog citing Chinese sources, point toward the same sized display as the current iPad, but with a thinner bezel all the way around. This will make for a slightly more compact device, but not really.

While the precise design has not been leaked, there are indications that the next-gen iPad (iPad 2G, if you will) will have a flatter back side. This could be borrowing some design cues from the iPhone 4, allowing the Apple iPad 2 to sit flat on a table.

Oh, and remember those iPad 2 cases we saw earlier this month? What we hoped was an SD slot just might be a bigger speaker after all. More people are watching videos (and playing Angry Birds) on there, so I guess Apple wants to provide bigger sound.

Based on these rumors, the iPad 2 doesn’t sound all that different than the first one. Let’s hope those other rumors about an SD slot, dual cameras, and other bigger changes hold true.