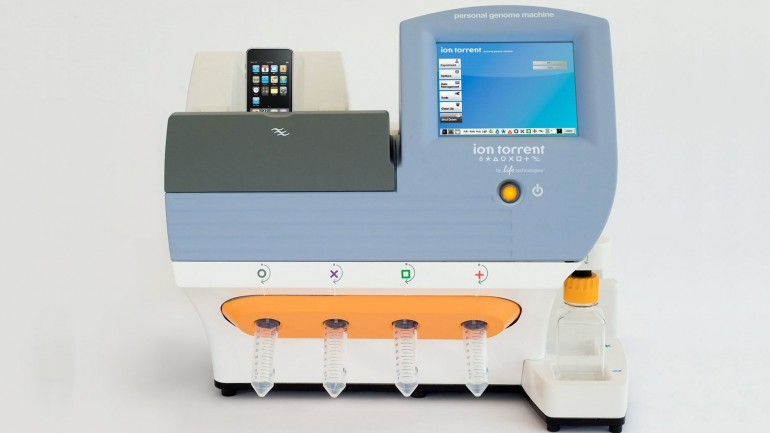 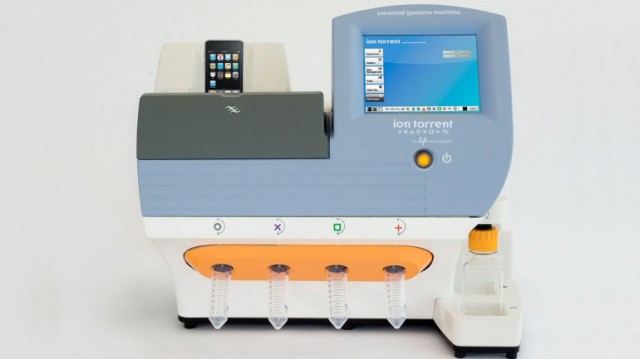 It’s about the size of your home inkjet printer, with an iPhone/iPod Touch dock and a touchscreen interface attached to it, except this isn’t for your family photos. It will output digital DNA results in just 2 hours and is intended for research purposes; despite it being called a “Personal Genome Machine.”

The way it works is that it uses semiconductors to analyze hydrogen ions that are created during DNA replication in real-time. It’s the first machine to use this type of semiconductor technology, while still using traditional integrated fluids and micromachining to translate the information in our DNA into digital information that can be easily measured.

Dr. Johnathan M. Rothberg, founder of Ion Torrent used the analogy of cameras, “Point-and-shoot cameras opened up photography to everyone because they were fast, cheap and easy – and people saw the results immediately, so they quickly became photographers. That’s what Ion is doing for DNA sequencing.” It won’t turn you into an amateur geneticist, or show you what your children will look like, but it shows how we are able to efficiently integrate consumer technology into science.