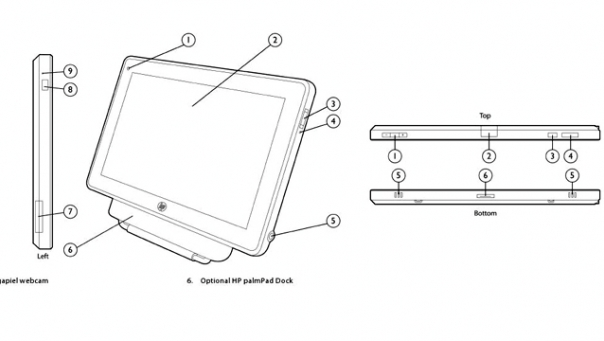 Can’t wait until next month’s Consumer Electronics Show to learn about HP’s consumer-geared alternative to the Apple iPad? Well, you just so happen to be in luck. The cleverly named webOS powered PalmPad has apparently had its specs and features leaked all over the Internet. Someone bring the mop.

This comes by way of a report from Fox News, which is revealing that there will be no fewer than three variations on the HP PalmPad at time of launch. A fourth version is being planned around Q3 of next year, targeting univeristy and college students as they get ready to hit the books again… or maybe they’d rather them hit the e-books on the PalmPad instead.

What exactly can you expect from the PalmPad? Well, it’s a tablet and it’s going to be powered by webOS. HP is reportedly leveraging much of the original specs from its less than successful HP Slate and updating them for the webOS 2.5.1 PalmPad. The report from Fox News also cites dual cameras: a 3MP and a 1.3MP, the latter of which presumably for video calling. And yes, the camera has flash.

The real juicy details — like the processor (probably Tegra2), screen size (probably a 7-inch and/or a 10-inch), and storage capacity (at least 8GB) — have not been leaked just yet, but CES is just a fortnight away. You can wait that long, can’t you?