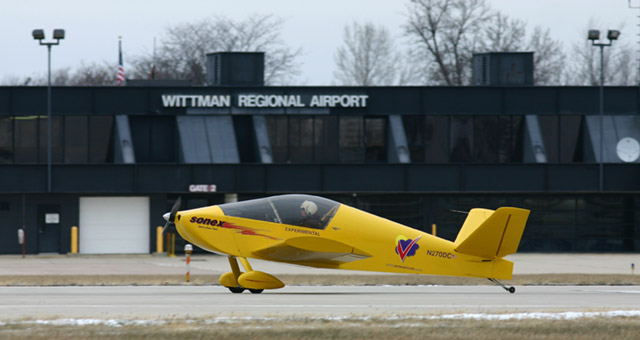 The electric-powered Waiex aircraft achieved its first flight on December 3, 2010 at Wittman Regional Airport in Oshkosh, Wisconsin. The aircraft made a short hop on the runway and was in the air for about 15 seconds. The aircraft is a result of a four-year project and part of Sonex Aircraft, LLC’s E-Flight Initiative. The E-Flight design team will analyze data from the test flight and complete any necessary adjustments to the plane before attempting any further flights. The plane is a standard Waiex kit aircraft modified with electric power components, including a 54kw brushless DC electric motor powered by a 14.5kw-hr lithium polymer battery system, a battery management system, an electronic motor controller, and cockpit instrumentation and controls.

Sonex hopes that the development of the E-flight electric project will yield an aircraft with initial top speeds of about 130 mph, with an endurance of 25-45 minutes or longer.