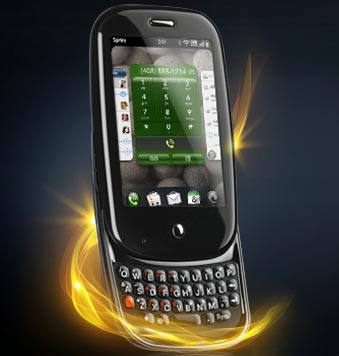 When HP went ahead and bought Palm, we figured that the new partnership held a lot of promise. Palm did a great job designing webOS and HP has massive infrastrucutre and funding to back up these projects. For Canadians, the partnership has now to fruition with the exclusive launch of the Palm Pre 2 through Rogers Wireless.

Just coming through the wire today, it was announced that the Palm Pre 2 is now available through Rogers, complete with the new webOS 2.0 smartphone operating system. The Pre 2 happens to be the first Palm phone with a gigahertz processor. It has the same sliding form factor as its predecessor, so you get a QWERTY keyboard and touchscreen display (glass).

Other specs include the 5MP camera, Wi-Fi with mobile hotspot support, true multitasking, JustType universal search, Flash 10.1 in-browser support (beta), and something that they call HP Synergy. This is similar to what you got with the first Palm, populating your phone with info from Facebook, Google, MS Exchange, LinkedIn, and Yahoo! accounts.

Lock into a new three-year voice and data plan and Rogers will let you have the Palm Pre for $99. It’s a good time to be a smartphone fan. From Android to iOS to BlackBerry to WP7 and now to webOS 2.0, you’ve got a lot of options. Verizon Wireless details are yet to be announced.