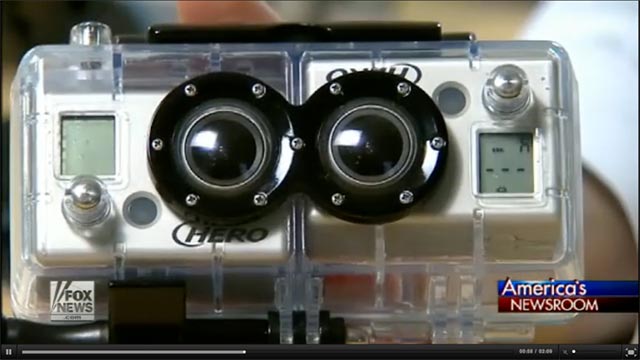 I remember when I first saw the GoPro camera hit the Consumer Electronics Show; it doesn’t look all that impressive, but has terrific potential within the extreme sports scene. And it does. Its become popular among that crowd, and adding another dimension to the experience could only make things better. The GoPro 3D Hero does exactly that.

Recently featured on Fox News, the GoPro 3D Hero effectively combines two of the GoPro cameras together. After shooting your clips with the contraption attached to your surfboard, helmet, or wherever else you strap it to, you can synchronize the two sets of videos together to produce a 3D full HD video. The kicker? At the end of the day you’ve only spent about $450, who else shooting HD 3D can claim that?

It might sound like a sizable chunk for what looks like a couple of webcams in waterproof cases, but that’s not terrible for a rugged 3D HD experience. Also consider that the not-so-rugged Fujifilm Finepix Real 3D W3 camera (720p) lists for $600 (sells for $350-$400). Buying two GoPro cams will set you back $360 and the 3D expansion kit is an extra $90. 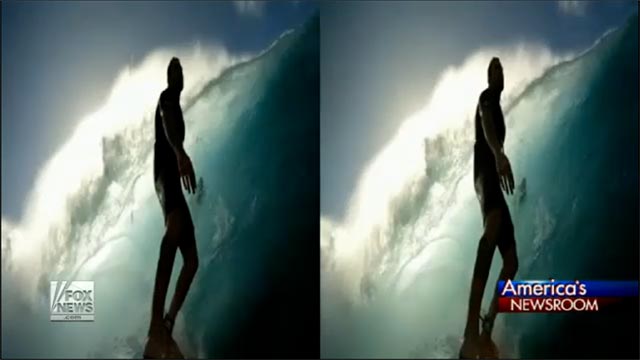 I can’t imagine Glenn Beck or “Papa Bear” Bill O’Reilly making terrific use of this product, but all the adrenaline junkies out there could have a lot of fun tearing up the slopes, catching big waves, and carving through skateboard parks in 3-D.

Update: The 3D setup consists of dual GoPro HD 1080p cameras which retails for $260 each, plus 3D expansion kit, bringing you in at roughly $610. But that includes some heavy duty mounts.