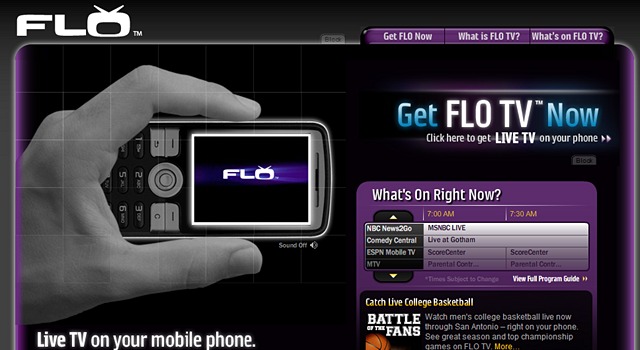 Yes, the guys at Groupon may have turned down a multi-billion dollar offer from Google, but Qualcomm knows a good deal when it sees that. Apparently, Qualcomm has agreed to sell the wireless spectrum it once dedicated to FLO TV for a whopping $1.925 billion. And the buyer? None other than the iPhone-touting AT&T.

Why would the swirling blue globe be wiling to part with that much cash? Well, it turns out that Qualcomm’s spectrum — which sits in the lower 700MHz range — already covers more than 300 million people across the United States. This includes major markets like New York, Boston, San Francisco, LA, and Philadelphia. It’s said that this spectrum will be important in AT&T’s future 4G network rollout and development.

The good news is that as AT&T moves forward with its fourth-generation network, it should have enough spectrum in place to handle the bandwidth needed by its customers. The not-so-good news is that this deal still has to get past regulatory bodies, so it won’t be finalized until the second half of next year; if and when it does.

You know, just in time for the announcement of an iPhone 4G S Pro or something.

DALLAS and SAN DIEGO, Dec. 20, 2010 /PRNewswire-FirstCall/ — AT&T* and Qualcomm Incorporated announced today that AT&T has agreed to purchase spectrum licenses in the Lower 700 MHz frequency band from Qualcomm for $1.925 billion. The move will bolster AT&T’s ability to provide an advanced 4G mobile broadband experience for its customers in the years ahead.

Qualcomm currently uses the licenses to support the service business of FLO TV Incorporated, a wholly owned subsidiary of Qualcomm, and the sale follows Qualcomm’s previously announced plan to evaluate strategic options for the FLO TV business. Qualcomm expects that the FLO TV business and network will be shut down in March 2011.

As part of its longer-term 4G network plans, AT&T intends to deploy this spectrum as supplemental downlink, using carrier aggregation technology. This technology is designed to deliver substantial capacity gains and is expected to be enabled with the completion of 3GPP Release 10. AT&T expects to begin deploying this spectrum once compatible handsets and network equipment are developed.

As more fully described in its separate announcement today, Qualcomm intends to integrate carrier aggregation technology into its chipset roadmap, to enable supplemental downlink to address increased consumer demand for rich mobile media content. AT&T expects to deploy this technology, demonstrating its commitment to deliver a great mobile broadband experience – now and in the future.

The transaction is subject to regulatory approvals and other customary closing conditions, and AT&T and Qualcomm anticipate closing the sale during the second half of calendar year 2011.

*AT&T products and services are provided or offered by subsidiaries and affiliates of AT&T Inc. under the AT&T brand and not by AT&T Inc.