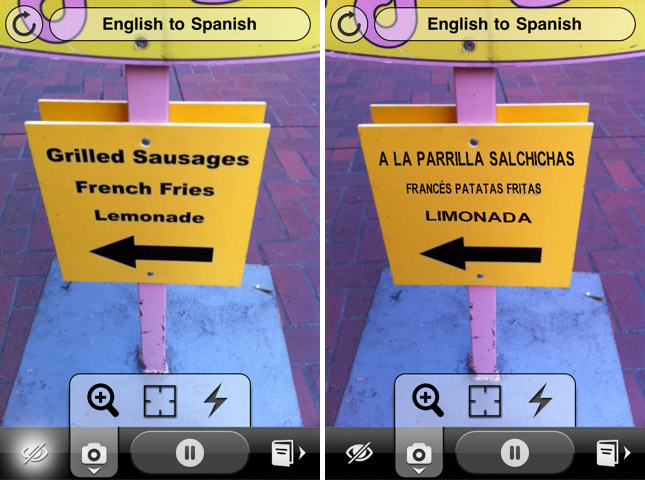 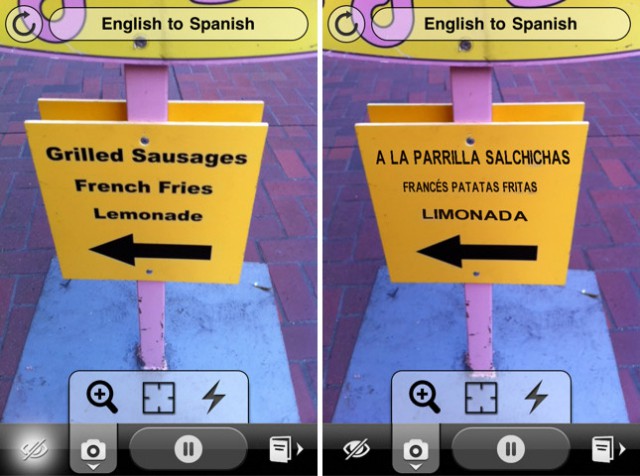 Your jaw may hit the floor after watching the demo video for the latest and greatest app for the iPhone. It’s called Word Lens, and it utilizes the camera on your iPhone alongside Optical Character Recognition technology to translate written words from one language to another. It can translate road signs, restaurant menus, and pretty much anything you would find useful to read in a foreign language during your travels.

As of right now there is only support for English and Spanish languages, you are able to translate from one to the other at an instant. Co-Creator Otavio Good has said that they will most likely be adding French next, followed by Italian and Portuguese. He also went on to say, “The translation isn’t perfect, but it gets the point across.” If you want to have a hands-on demo of the app, it is available for download now, and comes free with a demo program that spells words backwards, the full translation app will cost you $4.99.