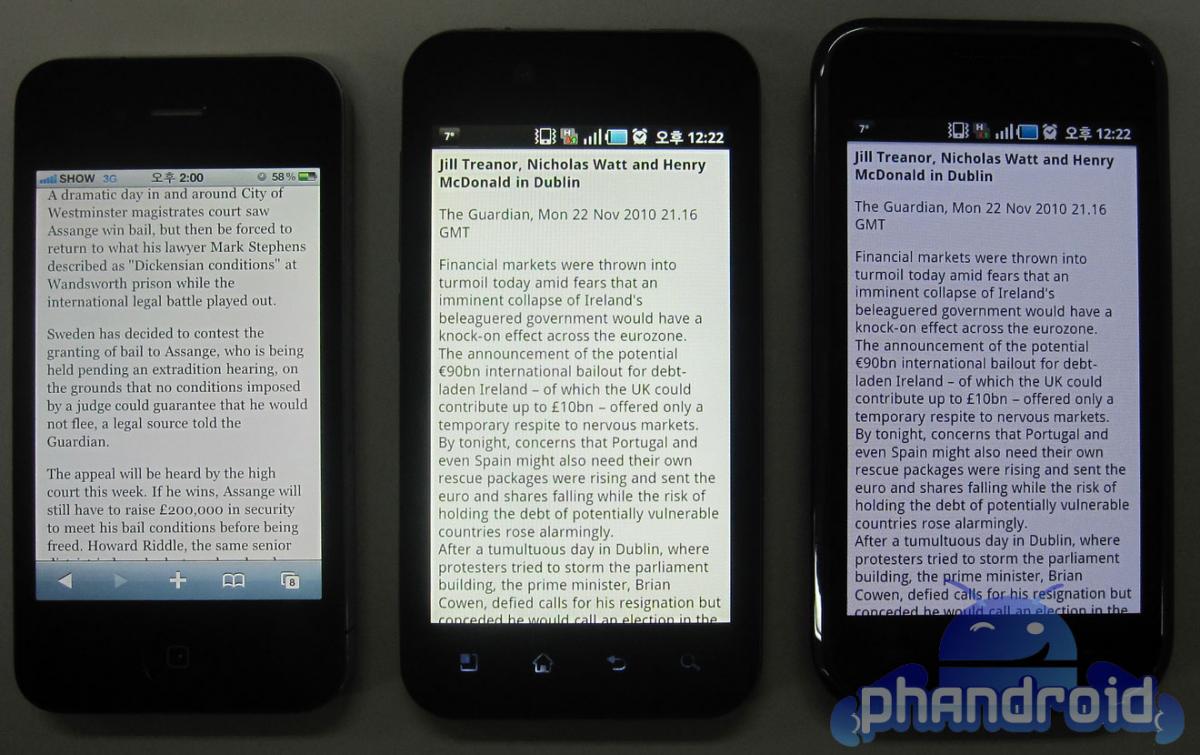 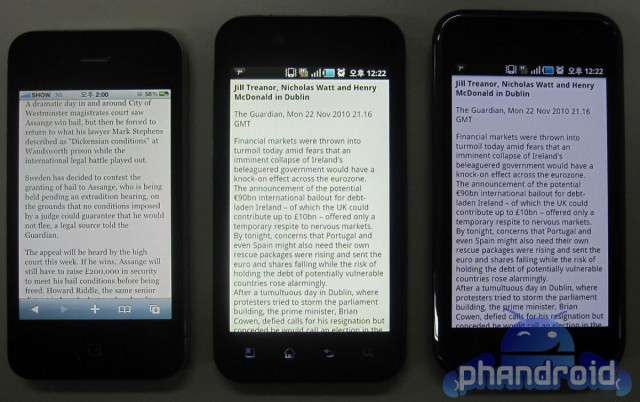 When it comes to display technology, IPS (in-plane switching) is just about the cream of the crop. That’s why it’s the kind of tech that goes into the Retina Display on the iPhone 4. However, if you think that the screen quality on Apple’s device is impressive, wait until you check out the LG “B” smartphone by comparison.

It’s just a leaked phone with no confirmation from the Korean electronics giant at this point, but the LG “B” uses the same kind of IPS tech in its display as the Cupertino counterpart. The kicker is that while the iPhone is only 3.5-inches, the screen on the LG B is a full four inches. Further still, while the display on the iPhone 4 “only” boasts 500 nits of brightness, the LG B is said to boast 700 nits. By comparison, the Samsung Galaxy S is only rated at 300 nits.

As far as the rumors go, the LG B also rocks a 1GHz processor and weighs in at 105 grams. It’s been referred to as the LG “Speed” as well, so the assumption is that the smartphone is able to hum along at a pretty decent pace. And yes, it’s powered by Android, though we’re not sure which version it rocks.

I’ve never been a huge fan of LG cell phones, but on paper, the LG B is starting to sound pretty impressive. Is eye-scorching brightness enough to catch your attention?