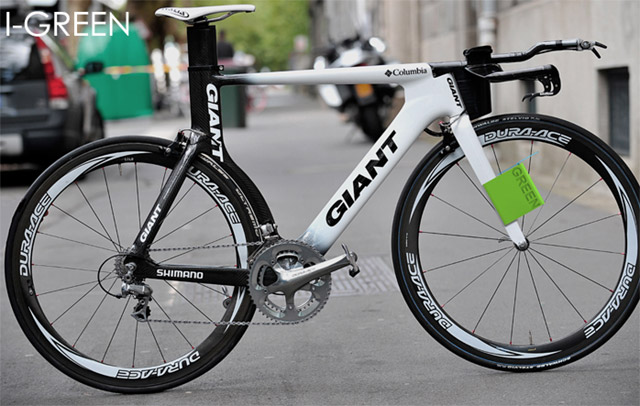 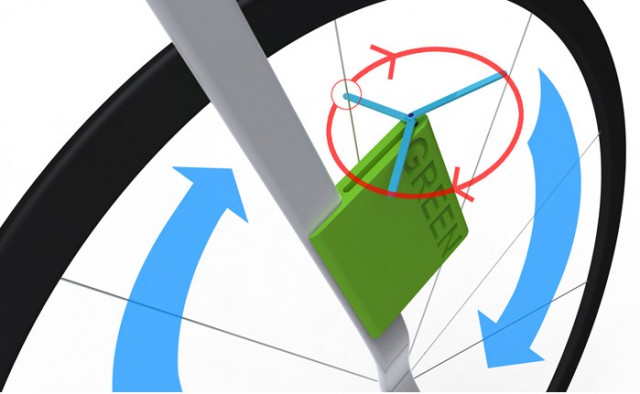 With the help of the i-Green, you can use your legs to recharge your cellphone.

Chinese designer Fandi Meng has created the i-Green, a charger you can attach to your bike and use to charge any portable device. It uses the kinetic energy from the motion of the bike wheels and turns it into electricity, giving your dying cellphone or mp3 player a boost while you pedal down the street. There are a few bike-powered chargers on the market, but they use a hub dynamo to charge your portable device. Dahon has a bike-charger called BioLogic ReeCharge that sells for about $100 US.

Nokia released a bike-charger earlier this year, but it’s meant to be used in developing countries where electricity isn’t always available.  Nokia hopes to expand the bike-charger to European markets later this year, where bicycles are often the main form of transportation. Both the Nikon and Dahon bike-chargers use a hub dynamo, which is a generator built into the hub of a bike wheel that usually powers lights on a bike. Since the i-Green relies on kinetic energy transformed into electricity to charge your device, there is no need for a hub dynamo and can be installed on any bike.