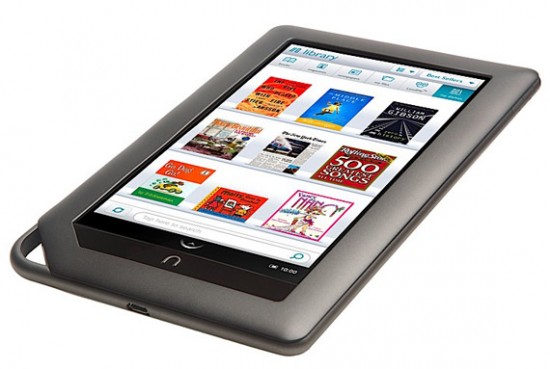 When it comes to the world of e-book readers, the Barnes & Noble Nook Color is a fairly unique breed. That’s because it’s really running Android under the hood, making it one of the cheapest Android “tablets” available on the market. B&N has been selling it as an e-reader, but it seems that the device’s status is getting upgraded.

How so? Barnes & Noble plans on upgrading the Nook Color to Android 2.2 Froyo next month. Granted, the Nook Color is nowhere near powerful enough to run the biggest of Android apps, but a little hackery on your part can make for quite an interesting little proposition. It helps that it’s getting more popular too with one million units expected to be sold by the end of the year.

Is it really just a matter of semantics, though? The existing Nook Color can technically qualify as a tablet too, since it’s already based on Android, but based on this report from Digitimes, it sounds like a more vanilla version of Android’s OS could be ready for the Nook Color. Personally, I think that could be just wishful thinking. B&N has already limited access to the Android Market on the device.

After all, the Nook Color is never going to have the horsepower of a PlayBook, iPad, or Galaxy Tab.