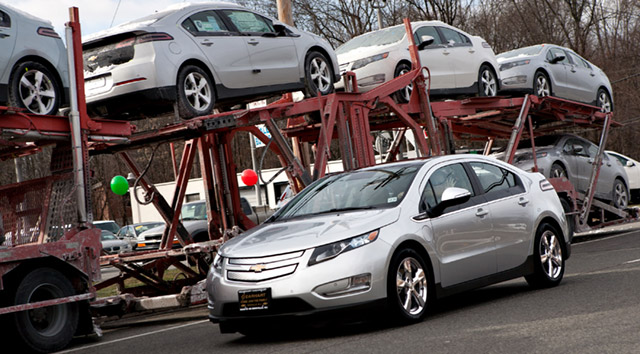 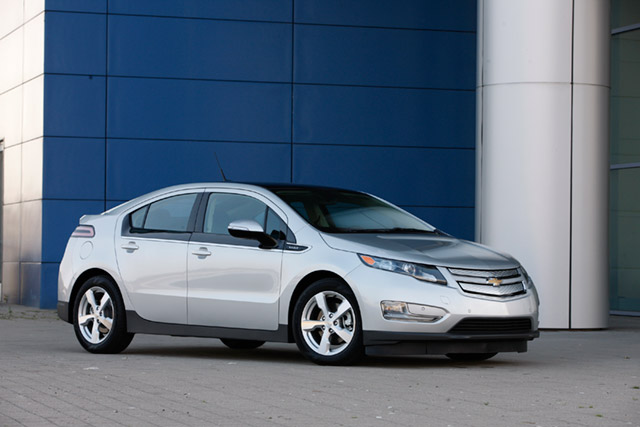 Chevy delivered the first of their new line of “Volt” electric cars yesterday, bringing a smile to the Californian recipient and a pang to the gut of all those who know what the car could – no, should – have been.

The Volt brags 35 miles (56 kms) on a single charge before a gas-powered generator kicks in. For those first 56 kilometres, the car gets the astonishing equivalent of 93 mpg. But that drops to 37 mpg as soon as you’re using the generator – less than a regular old VW Jetta.

What ever happened to the maximum range of 80–100 miles (130-160 kms) per charge on GM’s EV1 in the mid 90s? I mean, that was the 90s. There’s no way technology has gotten 65 per cent worse over the last 15 years. Come to think of it, wasn’t that right about the same time Microsoft decided they should add internet capabilities to their products?

OK, what about the Nissan Leaf, the other new electric car that shipped to its first customer this week? 160 kms per charge, 145 km/h top speed; that’s about on par with what GM, Ford, Toyota, Honda, Nissan and Chrysler were shipping in the 90s.

A bit better, but still assumes scientists have been doing nothing for a decade and a half.

But I seem to remember hearing something about some still-mass-produced electric car getting 501 kms on a single charge about a year ago. An electric car that averages 320 kms between battery top-ups – and doesn’t need a gas generator. As a matter of fact, all it needs is an antifreeze change once every five to seven years.

Why, if this car has been in production for the last four years, and has been sold in 28 countries, is this not the measuring stick? The standard for new cars to beat?

Could it all have something to do with the fact that in electric cars, there’s no oil to change, no exhaust or muffler to wear out, and no spark plugs, hoses, pistons or belts to replace? Where’s the long-term income for automakers if they’re all as functional as the Roadster proves they can be? How will Chevy keep making money if its hippie-car is a more attractive option than the ones full of tiny pieces that move and break?

But you know what? In spite of everything I’ve just said, if you live in California, Texas, New York, New Jersey, Connecticut, Michigan or Washington D.C., go out and buy yourself a Volt. The last time car companies put all-electric vehicles on the market, it seems they got the impression that there’s no demand to meet their supply; no reason to look for better batteries.

[Inside Line via Chevy, GM]