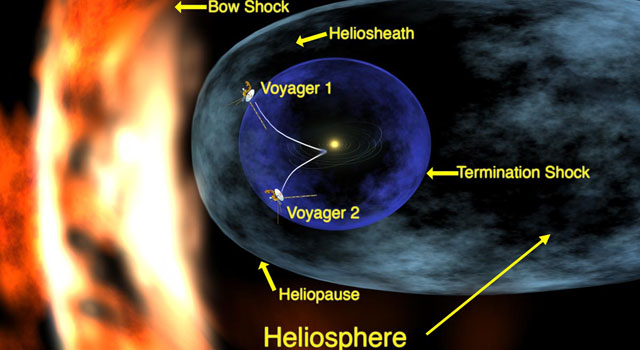 NASA is redrawing models of our solar system as their Voyager 1 spacecraft reaches the cusp of interstellar space ahead of schedule.

But this isn’t the first time the Voyagers have disrupted scientific prediction and theory. Launched in the summer of 1977, the Voyager 1 and Voyager 2 were originally intended for four-year missions to observe Saturn and Jupiter. “But [they’re] still returning data 33 years later,” says Ed Stone, Voyager project scientist at the California Institute of Technology in Pasadena.

Here’s a few of the probes’ textbook-changers from over the years.

Scientists waited for four more monthly readings before they were convinced the solar wind’s outward speed actually had slowed to zero. It has remained at zero since June, proving the heliosheath to be thinner than predicted.

The current mission of Voyagers is to reach the edge of interstellar space, which they estimate the Voyager 1 will do within the next four years.