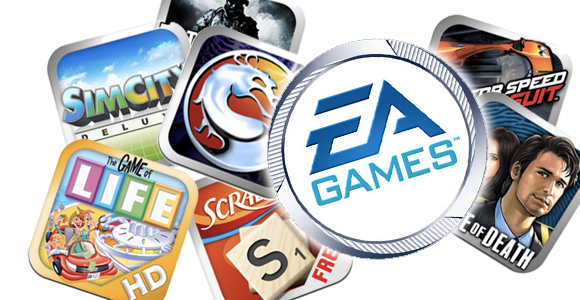 Electronic Arts is one of the biggest video game developers in the world for a reason. They’ve got access to a huge library of licenses and they’re not afraid to push out franchise after franchise on just about every platform. iOS is no exception, because EA is launching more than 70 games for the iPhone at 99 cents a pop.

What kind of games can you expect at the $0.99 price point? Fighting game fans (like me) will likely get a kick out of playing Ultimate Mortal Kombat 3 on the go. You’ll also find Need for Speed Hot Pursuit (for iPad), SimCity Deluxe (for iPad), and Battlefield Bad Company 2.

For something a little more classic, Scrabble for iOS is being offered by EA Games for the the incredibly attractive price of free. They’re also giving out Cause of Death for free. You can even play the Game of Life… in HD.

Now, EA Games isn’t going to release all 70 titles all in one go, but the first batch of this “massive 70 game wave” is already pretty attractive. Now we’ll just wait to see what Popcap, Rovio, and other mobile devs are doing to attract our attention too.