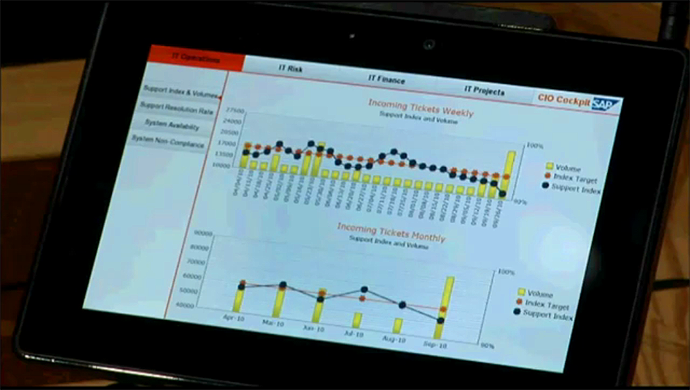 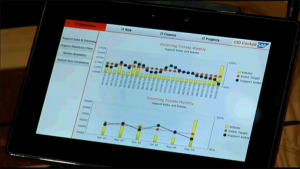 Right now, about 7% of businesses provide tablets to their employees for work-related duties. That sounds pretty good, considering that tablets are still a relatively new phenomenon, but that number is set to explode very soon. In fact, that number is expected to double in the next couple of months.

This comes by way of a survey conducted by ChangeWave. Not surprisingly, the Apple iPad is by far the most popular tablet device being provided by companies to their employees. It accounts for 82% of the corporate tablet market, compared to 11% for HP (Slate) and 7% for Dell (Streak). The iPad owners are happier too with 69% very satisfied and 28% somewhat satisfied. When HP Slate corporate users were polled, only 23% were very satisfied and 46% were somewhat satisfied.

Perhaps the most interesting statistic to come out of this survey, though, is the explosive growth expected in the next quarter. An incredible 14% of businesses surveyed say that they will be buying tablets in the first quarter of 2011. That’s double the current demand, representing almost exponential growth. It won’t be long before outfitting employees with tablets could become just as commonplace as outfitting them with smartphones.

Maybe this growth can be attributed to the upcoming RIM PlayBook? Not exactly. Of those companies expected to buy tablets in Q1, only 9% are opting for the BlackBerry option. An overwhelming 78% are still turning to Cupertino for their tablet needs moving forward.

This just goes to show you that the iPad may look like a consumer-friendly media consumption device, but it’s got plenty of potential on Wall Street too. It’s a good time to be a tablet maker… if you’re Apple.