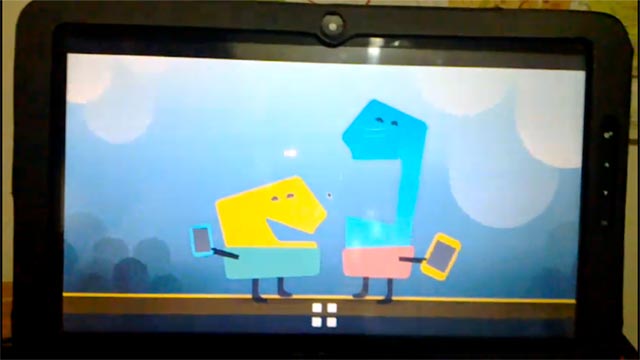 Even though Nokia is promising a bunch of updates to Symbian next year, it’s also hard at work on developing its MeeGo mobile operating system too. This isn’t even really beta material yet, but a video has been put together of MeeGo doing its thing on a tablet device.

For starters, you get a pretty good look at what to expect from the home screen with its fairly large icons and reasonably simple navigation. This borrows something from Maemo 5 user interface, as does the way that multitasking has been arranged. The on-screen keyboard isn’t really anything to write home about, but it does have some predictive text stuff going on.

The highlight of the video demo, at least for me, was the quick tour we get of the Mozilla Fennec mobile web browser. As far as I can tell, it’s rendering websites beautifully and navigation is done through the usual touchscreen flicking dynamic that we see on so many other devices. It will be interesting to see what MeeGo will look like as a final product, not only on proposed handsets and smartphones, but also on tablet devices like this.