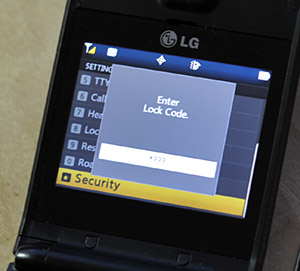 It seems like the mobile phone providers have finally decided that they can’t top progress, and have begun to offer a “strings attached” unlock service for their customers mobile devices. Telus got the ball rolling when it announced that it would be offering the service starting next year, and Rogers and Fido followed suit soon after with their “Handset Unlocking Policy.”

But doesn’t this just seem too good to be true? The phone companies are finally doing something that will benefit the consumer. That is, because it is a little too good to be totally true. Yes Rogers and Fido will unlock your phone, and yes it will cost you a minimal fee of $50, but there are still a few conditions that current contract holders may not appreciate, a requirement to be able to have your device unlocked is: Your account must be in good standing and you “Have paid the un-subsidized/no term cost for the device at least 30 days prior or have finished their Commitment Period. Which pretty much means they want you to buy the phone out right before they ask you to pay another $50 to unlock it. The small print has managed to spoil the good news for everyone, but we can’t blame them, they’re still taking baby steps. Anyway, you can always just ask the guy down the block who is more than willing to unlock your phone for $20, or check eBay for a $2 unlock code.

“I’m calling on Telus and Bell to catch up with their competition – and the rest of the world.” said New Democrat Consumer Protection Critic Glenn Thibeault. “They need to start unlocking the full range of their customer’s handsets, including iPhones. And they need to do this without barriers. Whereas our legislation mandates carriers unlock their customer’s phones for free outside of contracts, Rogers is only offering to unlock for a $50 fee. That’s a lot to pay for full use of hardware that their customers already own.”