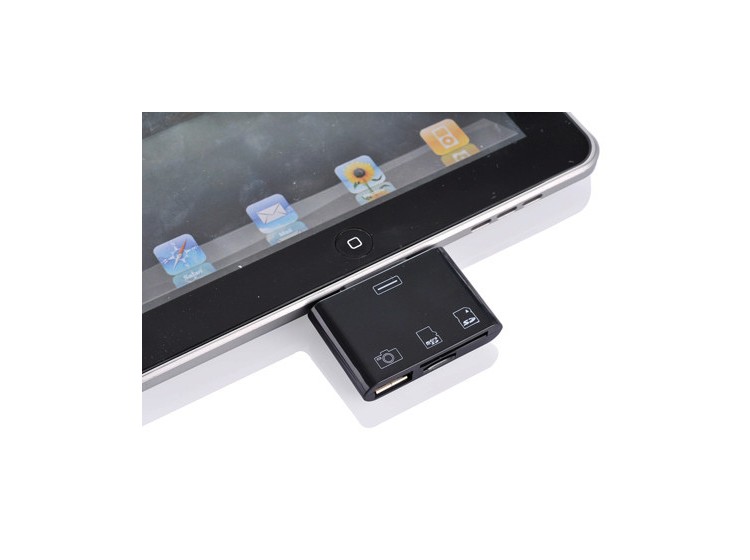 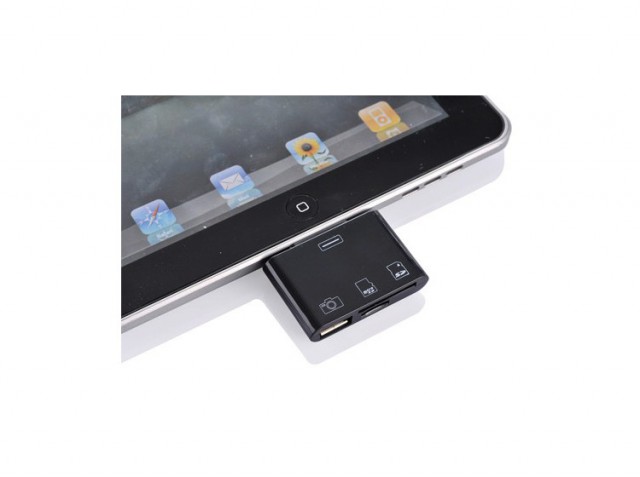 The Apple iPad is a pretty great device, but it’s anything but perfect. It’s missing a few critical ports that you would like to see on a portable device like that, but the official expansion kits from Apple can be kind of expensive. Enter the 3-in-1 adapter dongle from MIC Gadget.

It may look largely like the $30 iPad Camera Connection Kit from Apple, but it goes beyond that. Instead of just connecting to your digital camera, the 3-in-1 adapter (as its cleverly descriptive name implies) has three slots. After plugging it into the dock connector on your iPad, you are offered access to a USB port for your camera, an SD slot, and a microSD slot.

The USB port can also be used for other accessories, like external keyboards and USB flash drives. It’s hard to tell if this device works quite as perfectly as the Apple-branded alternative, but I imagine that it would. The added convenience is that you have a single adapter, albeit a slightly larger one, rather than two separate ones. And the microSD slot is an added bonus.

The kicker, unfortunately, isn’t a good kicker. You usually get a bit of a discount when you go with an off-brand like MIC Gadget, but this 3-in-1 dongle retails for the same $30 that the official Apple iPad Camera Connectio Kit does. If they just knocked it down to maybe $20, it’s be an easier sell. It also doesn’t help that this won’t ship until after the holidays too. By that time, we might be seeing the new iPad 2 with an integrated SD slot.