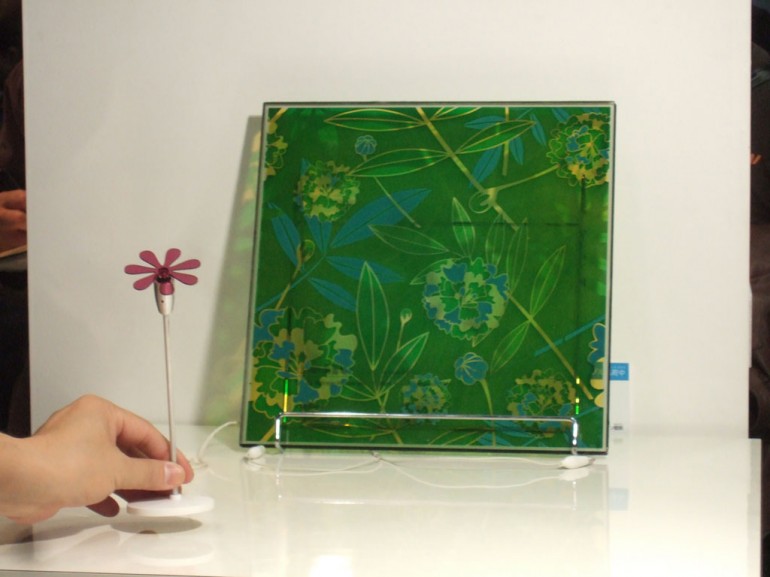 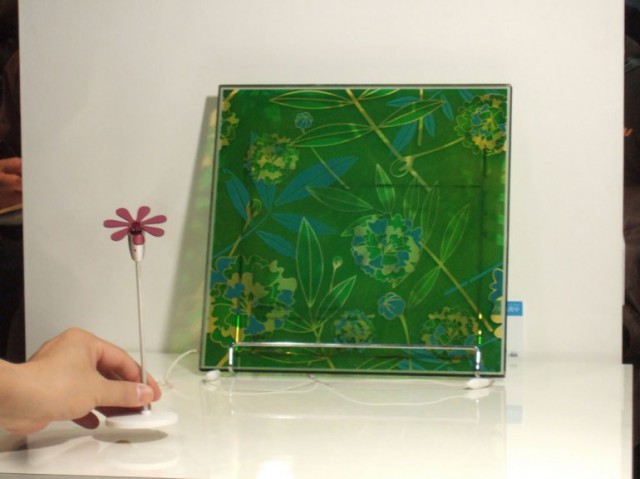 Unveiled at the Eco Products 2010 exhibition in Tokyo last weekend, the “dye-sensitized solar cell” windows can be screen-printed with custom designs, allowing future consumers to make their homes more artsy while lowering their electricity bills.

Though it’s only a prototype at the moment, these windows will be both cheaper and easier to retrofit into existing infrastructure than conventional solar panels.

At 10 per cent energy conversion now, Sony reportedly believes the DSSC technology will someday be able to produce enough energy to power AC units during sunny summer days. For sake of comparison, the record conversion efficiency rate for large-scale silicon wafer type solar panels is 24.2 per cent in a non-laboratory setting.