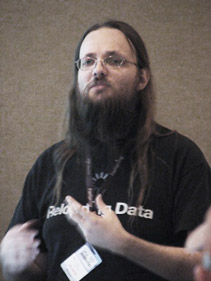 Over on the Apple iPhone (and similar iOS devices) the way to get hacks for your devices has been by jailbreaking and using Cydia. Well, that same concept could soon be happening on your OSX powered Mac computer too, because a Cydia App Store for OSX is in the works.

Jay Freeman, the bearded fellow behind Cydia told 360|MacDev attendees that he is set to launch an “alternative” store for OSX “within weeks.” Known as “saurik” on the Internet, Freeman seems to be stealing a little bit of Apple’s thunder with this move, because the crew in Cupertino were planning on opening an OSX App Store of their own some time soon.

“The point is to provide a market for the kinds of “modifications to third party software” that people like writing on jailbroken iPhones, and to allow people to install those modifications in a way that reasonably makes sense. I have no clue why people are trying to liken this to Fink (the APT/dpkg already existing, comment), or what this possibly has to do with AppBodega (Cydia is not an App Store: you don’t get “apps” from Cydia, you get cool hacks). *sigh*”

Apple is known to place some rather stringent restrictions on what can and cannot be sold through the iOS App Store, so the same kind of philosophy will likely apply to the OSX version too. Freeman and his Cydia OSX store would allow developers to sell apps and hacks outside of Apple’s control.

The best part? You don’t have to jailbreak your iMac to get these apps… at least not yet.