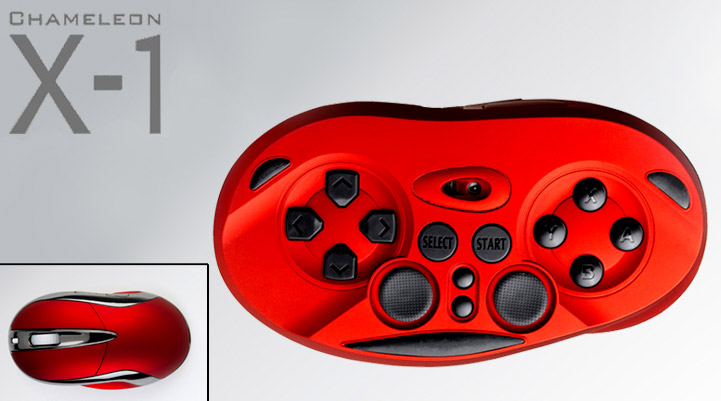 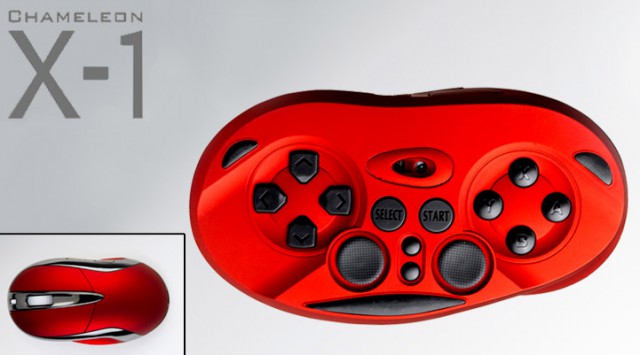 I’m all for convergence. If you can give me one device that can suitably replace two devices, so long as there is no major loss in quality on either front, I’m a happy camper. That’s why the Chameleon X1 from Shogun Bros. sounds so intriguing. It may look like a mouse, but it’s also a gamepad.

On the one side, you get a fairly standard-looking optical mouse. There’s a scroll wheel in the middle, your usual assortment of buttons, and what appears to be an ambidextrous design. Shogun Bros. is saying that it has a 5-stage adjustable 1600dpi optical sensor with a 125Hz polling rate and it’ll connect wirelessly to your computer over the usual 2.4GHz dance.

Flip it over, though, and you’ll encounter a wholly different beast. It’s almost as if someone took the SNES gamepad, blew it up, and possibly added a couple of thumb sticks a la Sony Dualshock (at least that’s what they look like). You won’t really want to use something like this for Starcraft II, but it’d be great for all those MAME titles you have kicking around.

I’m hoping the performance is up to snuff, because at $55, the Chameleon X1 is actually reasonably priced. Look for it in Q1.