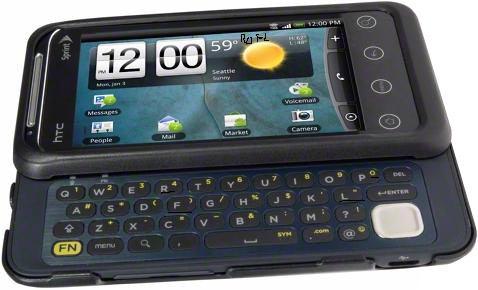 Maybe you’re digging the higher speeds afforded by Sprint’s WiMAX network. Maybe you want to get ino on the action with a QWERTY-equipped smartphone and the Samsung Epic 4G isn’t exactly your cup of tea. If that’s the case, it looks like you’ll soon be in luck with the HTC EVO Shift 4G.

Despite its name, this isn’t really a slightly modified version of the existing HTC EVO 4G from Sprint. Instead, it gets a slightly smaller 3.7-inch display. As a trade, you gain a slide-out QWERTY keyboard, which will satisfy folks like me who prefer hardware keyboards over virtual touchscreen ones. The rest of the specs are similar to the T-Mobile G2, including the 800MHz processor under the hood.

According to the early rumors, the HTC EVO Shift 4G for Sprint will come preloaded with Google Android 2.2, but since the Nexus S has been outted with the new 2.3 Gingerbread action, it’s possible that the newer OS will find its way onto the EVO Shift 4G before launch. Chalk this up to an unconfirmed leak for now, but it’s looking pretty promising.