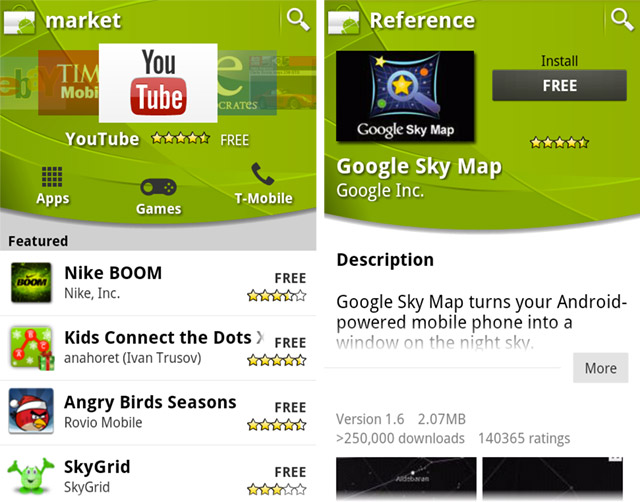 I don’t think that Google has to do very much to spark some new interest in the Android Market, because the app developers are already recognizing the huge potential that it offers since it opened up to global markets, but that’s not stopping the search engine giant from giving the app marketplace a small overhaul. Even Google needs a new wardrobe from time to time.

A “significant update” to the overall design is coming down the chute, giving Android Market a whole new look. This follows shortly after word of a new rating system wherein all app developers have to designate their submissions as suitable for users of different age groups: All, Pre-teen, Teen, and Mature. Anything involving alcohol, for example, gets pegged as Teen or higher.

The new features on the soon to be revamped Android Market only apply to devices running 1.6 or higher. Google says that the update will “improve merchandising of applications, streamline the browse-to-purchase experience, and make it easier for developers to distribute their applications.”

In addition to a new carousel-styled home screen, Android Market will now allow for apps up to 50MB in size. Does the non-expandable Google Nexus S have anything to worry about? 16GB still provides for a lot of 50MB apps.