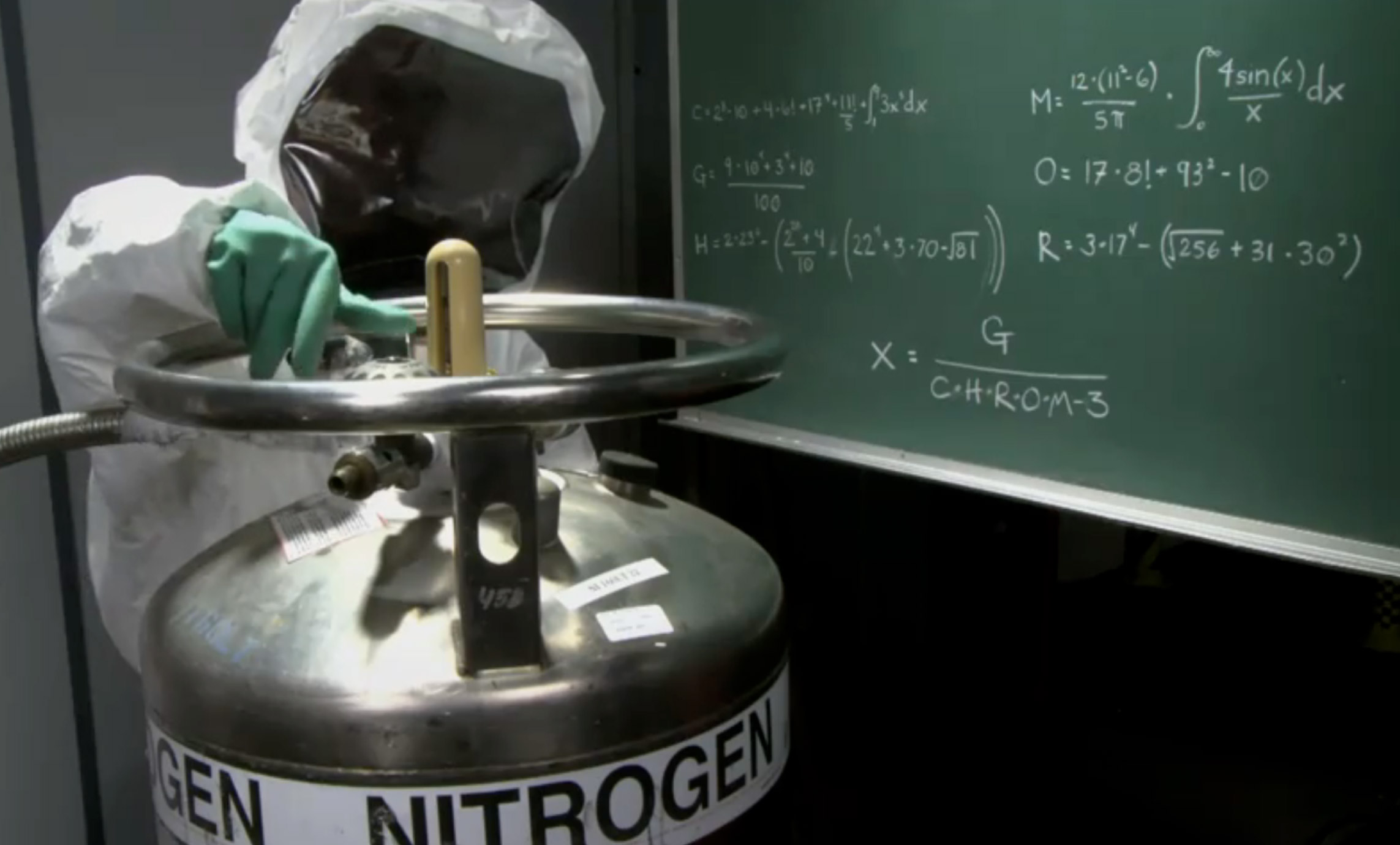 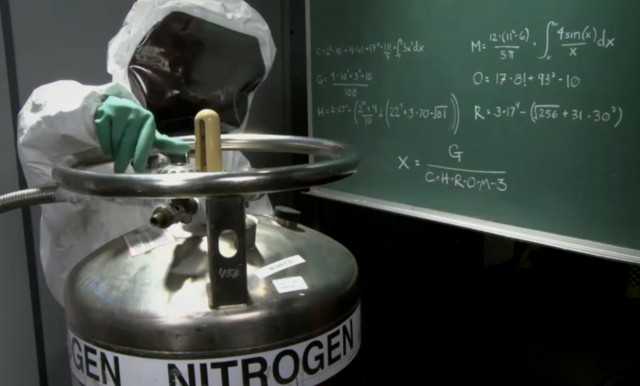 What can only be referred to as ‘impromptu genius’ has earned Jamendo founder Sylvain Zimmer the prize Cr-48 laptop in a contest that wasn’t even advertised.

While watching the video for the new Cr-48;  “How to remain calm despite what’s about to happen to your Chrome notebook,” Zimmer says he noticed a long mathematical equation on a chalkboard at the 2:23 mark in the video.

To many people, this probably didn’t jump out much more than the backgrounds of Dexter’s Lab cartoons. But Zimmer decided to give it a shot.

I’m a writer because I can’t do math. There’s no way I can describe the level of thinking that went into this better than this excerpt from Zimmer’s own account of the process:

The first path we explored was in Physics, 1.66*10^-27 being the atomic mass constant u. Having X=2.83u didn’t make much sense: too far from 2.0x or 3.0x where the closest element I knew are. Then my friend Joachim Rambeau tipped me off with an idea on “Chrome UX” being the name of the team that released the video. There was an X in there! With the equation X=(U/Chrome), U being the mass of uranium (~238u depending on isotopes) and “Chrome” the mass of Cr-48 or related isotopes, we found ourselves very close to the 4.7 ballpark…

I translated it to letters and got “s p e e d a n d d e s t r o y”. Obviously, at this point my fingers were very shaky, but I managed to type goo.gl/speedanddestroy in my browser and got to a form telling me that I was the “first to figure out our MENSA-certified puzzle” and would receive a Cr-48. WIN ! 😉

I don’t know about you, but I’m going out to buy some books on physics before Google releases another ad.