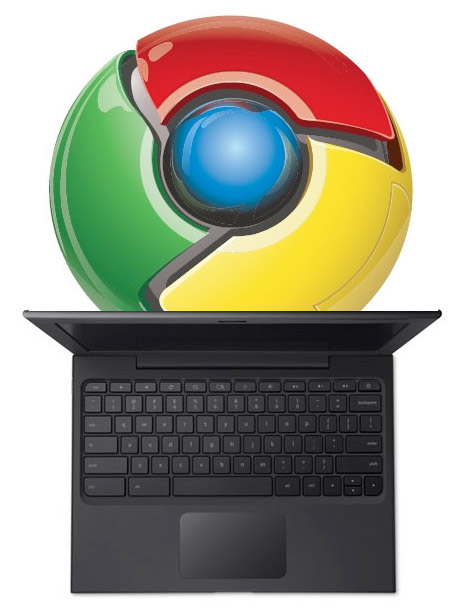 Apple vs. Microsoft has always been a competitive rivalry to say the least, one that is easily compared to Magic vs. Bird, Couture vs. Liddell, Coke vs. Pepsi, even NY vs. LA. There are thousands of avid followers on both sides for a Windows vs. Mac battle, but now, there may be another challenger for the love and adoration of tech nerds and hipsters alike. And it has arrived from none other than Google.

In 2009, Google announced that it was readying to step into the OS ring, which has been dominated for the most part by Microsoft and Apple. Tuesday was essentially the weigh-in for Google’s Chrome OS, accompanied by the Google CR-48 netbook.

The Cr-48 has entered with its 12.1-inch screen and matte black finish, not unlike the matte black MacBook many grew so fond of not so long ago.

It boasts 8 hours of useful life on a full charge, and for our less patient readers, it starts up in only 10 seconds.  Waking from sleep is instant, almost as though it is already on, and it also remembers your last activities before you shut it off and resumes your programs upon turning on again.  It won’t cook you breakfast, or make you toast, but it will never forget anything.

Google has skipped out on traditional platter hardrives and instead opted to go with flash memory. A great choice on their part, simply because efficiency is more valuable than size since Chrome OS is cloud-based you’ll never run out of room now will you?

Google has taken the meaning of a “netbook” to the next level, and really, all hardware aside, it doesn’t matter what this CR-48 looks like. You could litterally torch it on the barby — as Google did in the video below — because there’s nothing on there to lose. Google makes a strong point that hardware is indispensable, trust the one who holds your data.

With cloud-based computing and cloud storage, basically your whole computer is tied directly to your free Google account. If you lose that netbook, light it on fire, drop it out of a plane, or more typically, just want to use a friends computer — assuming it also runs Chrome OS — you’ll be greeted by all your installed apps, themes, inbox and bookmarks just the way you’re used to. Sort of like a corporate intranet with user profiles, just taken globally, which is what Google plans to do. And it’s all possible because it’s hanging out in the “clouds.”

Cloud Computing is the future, I won’t deny that, but a  major hurdle it currently has to overcome is the “always-connected” requirement. It’s a setback for the Chrome OS and the Cr-48, and is due in part to a 3G connection.   If you thought Android was a data hog, wait till you see Chrome OS. It introduces a whole new kind of flexibility, but what about where there is no 3G? You’ll be basically looking at a blank screen, no data will be present whatsoever, just an empty shell. Currently the CR-48 is setup for Verizon’s 3G network in the US, Google has not announced any plans in other countries, but I’m sure they are in the works.  Verizon’s data plan includes 100MB a month free, anything beyond that will cost users $20 (1GB), $20 (3GB) or $50 (5GB) per month. That’s pretty steep if you ask me, and could hurt the devices sales. 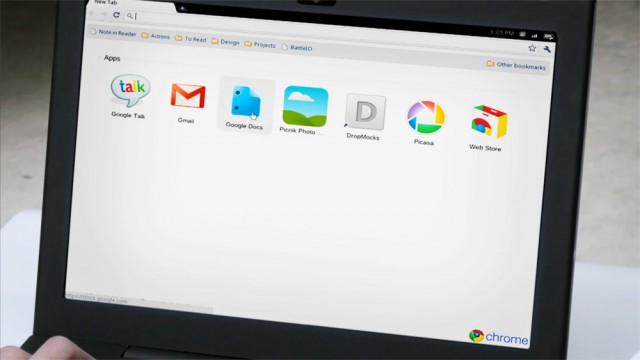 The Google Chrome OS and CR-48 show a lot of promise. They have the potential to become huge in the market of bringing the app model to desktops, all the while appealing to users who are on the move and primarily use a computer for the web, docs, and emails.   It will also ease the minds of users about ever losing data again, because it’ll be safe in the Google cloud.

See the commercial below.