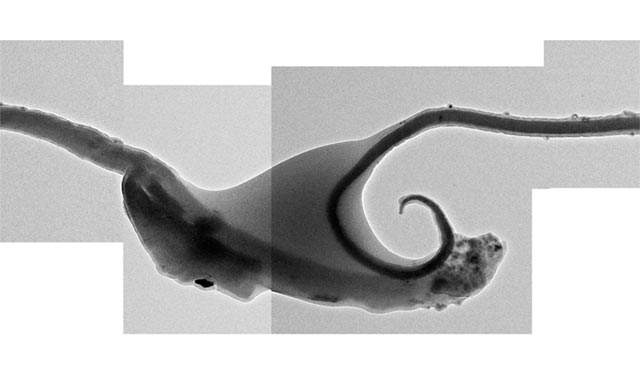 A team of researchers at the Center for Integrated Nanotechnologies (CINT) has developed the world’s smallest battery. Reported in the December issue of the Science journal, the researchers’ discovery has wide-reaching implications that will aid in the development of smaller, more efficient batteries in the future.

Their discovery actually changes our fundamental understanding of how batteries work. By observing a battery inside a transmission electron microscope, they found that during charging the nanowire, the batteries increased in length by a much greater magnitude than they increased in width. While this may seem insignificant, it is the opposite of what is commonly believed about batteries. Furthermore, the resilience of nanowires makes them excellent candidates for battery electrodes.

In laymen’s terms: while the world’s smallest battery won’t be powering your devices in 2011, this is a monumental step in researchers’ understanding of the internal physics of batteries and should lead to smaller and more efficient batteries sooner than we think.

The video below demonstrates the in-situ visualization of the battery charging process of a single tin oxide nanowire anode 100 nanometers in diameter and 10 micrometers long, a bulk lithium cobalt oxide cathode three millimeters long, and an ionic liquid electrolyte.