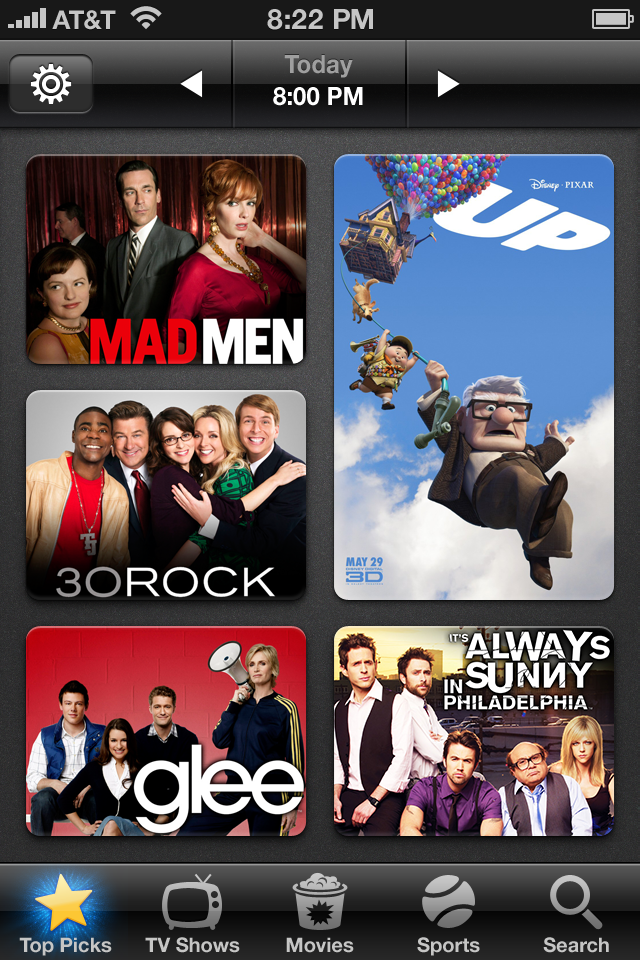 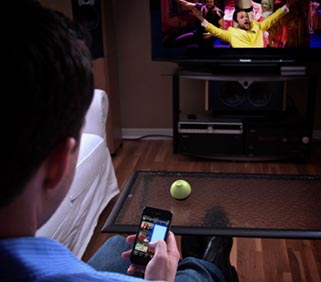 The growth of iPhone apps just keeps optimizing the devices in our lives. The good folks at Peel (not to be confused with the ZTE Peel) are making a push to banish our remote controls to the technology garbage dump in favor of your iPhone. The new Peel app turns your iPhone into a universal remote while ignoring the idea of a list of channels altogether.

The Peel app helps you decide what to watch not by telling you what’s on TV in a timetable, but by presenting the most relevant shows to you based on the types of shoes you watch the most. We like this because cable and satellite providers have provided us with so many channels, it’s often a waste of time to skim through hundreds of listings just to decide on a rerun of Family Guy. TV Guide surfing has become akin to skimming through the white pages to find a friend’s phone number, when you could already have it saved in your phone.

The kicker to this app is it’s hardware partner: the Fruit. It’s that lovely green table centerpiece you see in the picture. Your iPhone sends signals to a cable plugged into your home router and the cable relays those instructions to the Fruit, which controls your various home entertainment devices. The Fruit takes this app beyond being a TV guide helper and can controls your DVD and Blu-ray player, Tivo, Apple TV and Roku boxes as well.

As an added layer of interest, Peel is letting customers dictate pricing to start and over the next couple of weeks you can tell them what you want to pay for this app/hardware combo. The hitch (because there has to be one) is that Peel will only accept the offers they deem fair and that will determine the retail pricing.

You can download the app today (via iTunes) and keep your eyes “peeled” to their FaceBook and twitter @peeltv for updates on when the hardware will become available.