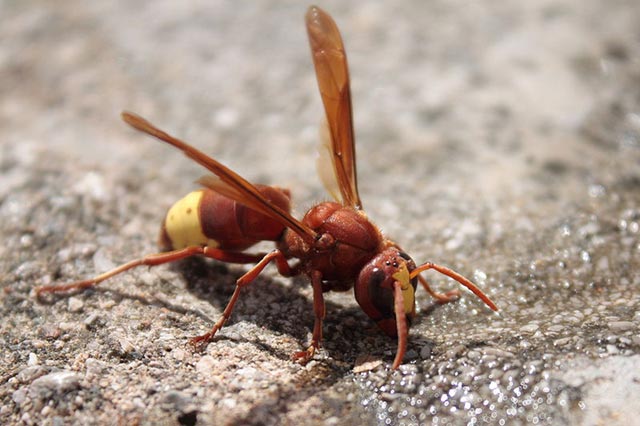 On the strange side of technology news, German scientists working tirelessly with oriental hornets have discovered that the yellow portion of the hornets’ body is used for a lot more than just a little flash and dazzle. Turns out this yellow portion of their abdomen is a little power generator.

The eye-catching yellow portion of their bodies is made up of a microscopic network of depressions that capture the sun’s rays and convert them to energy. It’s amazing but true and researchers also reported that this explains why these stingy fellas were most active during the day and tend to build their nests while the sun is at its peak.

The discovery is fascinating especially given the increasing reach of solar power, but more importantly I think these little sun-guzzlers ought to be renamed Kryptonian Hornets.