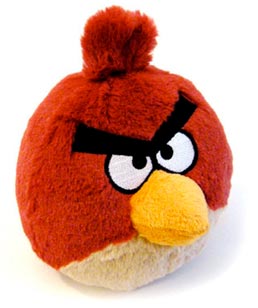 Unless you’ve been living under a rock, you’re probably pretty familiar with some birds being flung through the air and some pigs stealing eggs from said birds. Rovio has really created quite the phenomenon with Angry Birds, but where are the hard numbers outlining its success? Well, some of those numbers just came in and they’re pretty darn impressive.

Looking at the paid version of the mobile game, Rovio CEO Mikael Hed says that they have sold more than 12 million copies. Most of these come from the iPhone version, though some good cash probably rolled in through the iPad, Symbian, and webOS iterations of the series too. Even at a buck each, that’s over $12 million.

It gets even better with Android. Understandably free apps can get quite a bit more popular than paid ones and that’s exactly what happened with Rovio’s experiment on Google’s mobile OS. They’ve seen over 30 million downloads of the free Angry Birds. That’s mostly on Android, but “lite” versions on other platforms are included in that figure too.

Realizing that the ad-supported Angry Birds on Android is generating over a million dollars a day, this could be the ticket for an even bigger mobile advertising market. Using this money, Rovio is likely moving the franchise forward with a WP7 version, as well as sequels for more mainstream platforms like the Wii, XBLA, and PSN. Kudos to Rovio. Who said you can’t become a millionaire by sending furious fowl into wood, ice, and concrete structures?