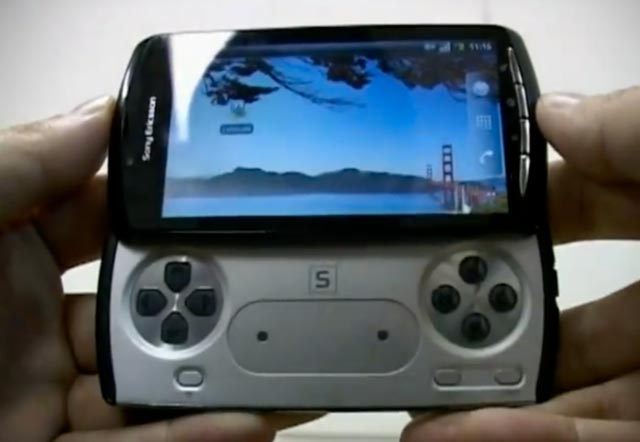 The oft-rumored Sony PlayStation Phone just got another tick in the “probably going to happen” column. Now that Android 2.3 Gingerbread is all official with the Nexus S, developers have also started to get their hands on the Gingerbread SDK. Rolling through that, they’ve discovered what appear to be Sony-style gaming controls.

When looking at the portion about input key options, you’ll find fields for A, B, C, L1, L2, Mode, R1, R2, Select, Start, ThumbL, ThumbR, X, Y, and Z. The L1/L2 and R1/R2 pairs are certainly in line with the controllers that you’d find on the PlayStation 3, and the ThumbL and ThumbR seem to indicate dual thumb analog sticks, again like the PS3. There’s no mention of square, triangle and circle, of course, but the A/B/C and X/Y/Z combinations could easily substitute for that.

This is very much notable for a couple of reasons. First, it offers even more confirmation that the Sony PlayStation Phone is real and it’s definitely on the way. Second, it means that the PSPhone will have “better” controls than its regular PSP counterpart, finally getting dual analog sticks and four shoulder buttons… or at least the possibility of four shoulder buttons in some hardware incarnation.

Will the PlayStation Phone help to elevate the Android platform into the same kind of mobile gaming viability of iOS? With real controls like these, it just might. I just hope the hardware is better than the XPERIA X10 to say the least.