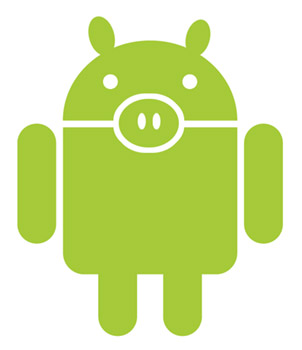 Reuters took a look at a recent study and it’s showing that “Android may cause networks to buckle under heavy load.” This is partly due to the multitasking nature of Android, allowing apps to run in the background. These background apps, like your preferred Twitter client, continue to suck up data when you’re not really looking at them. It doesn’t help that more and more people are streaming video, both up and down, from their smartphones too and Android market share is on the rise.

“When more could be done, more tends to be done,” said Arieso’s Chief Technology Officer Michael Flanagan. Since we can stream high-def video to our phones, we do it more often and the network starts to suffer.

If you’re thinking that this sounds familiar, you’d be right. I think we all remember the AT&T fiasco surrounding the iPhone 3G launch in 2008. That network got bogged down too, because too many people started using too much data faster than they could handle. The carriers are having a tough time playing catch up, so I certainly hope that WiMAX, LTE, and other “4G” (not really 4G) technologies do a better job of handling the load.