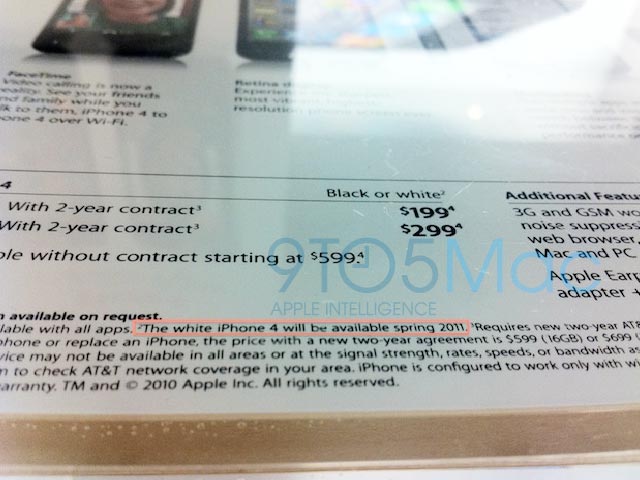 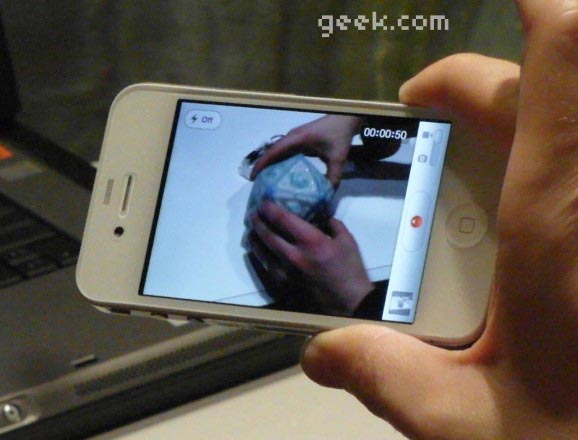 It really is amazing how much attention an extra color can get. When BlackBerry decides to release a white version of one of its handsets, some people turn their heads, but it’s not such a big deal. Such is never the case with a Cupertino release and so the day you’ve been waiting for is almost here: the launch of the white iPhone 4 is imminent.

After way too much hearsay, it is now (mostly) confirmed that the white iPhone 4 will go on sale at AT&T in spring 2011. This comes by way of the in-store signage at an Apple location, right where the (current) black iPhone 4 is being showcased. You’ll notice that the placard says the iPhone 4 is offered in “black or white” and that the date for the white version is “spring 2011.”

It’s a little hard to tell, but the photo from Geek.com appears to show off a prototype version of the white iPhone 4 and it looks like it has solved the conundrum of the perfect paint color match. As you recall, Apple was having trouble getting the front, back, and button to have the same shade of white. After all, a slightly discolored iPhone button would not fly with El Jobso at all. Death grips? Those are okay.

On a side note, the Apple signage makes no mention of Verizon, though the white version of the iPhone 4 still has some potential for making its way to Big Red. Can you hear me now?