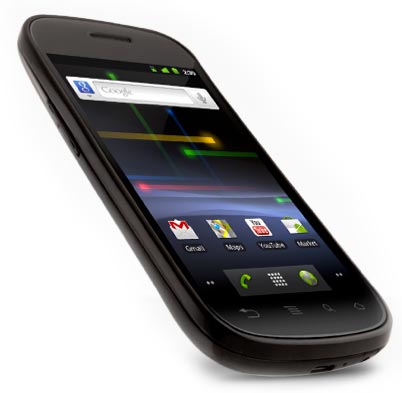 After all those rumors and spyshots, Google has officially unveiled its successor the original Google Nexus One smartphone. The Google Nexus S is officially here and the first Android smartphone of the bunch to come pre-loaded with the new Android 2.3 Gingerbread operating system.

Developed and built by Samsung alongside the Google Android Team, the Google Nexus S is very similar in scope to the current range of Samsung Galaxy S devices. There are some critical differences, like the inclusion of vanilla Android rather than the TouchWiz UI skin. This is a “clean” install of Android providing a “pure” Google experience. Also, the Nexus S is the first phone with a four-inch “Contour Display.” It’s meant to “fit comfortably in the palm of your hand along the side of your face.” And yes, it’s Super AMOLED.

The rest of the spec sheet includes a 1GHz Hummingbird processor, dual cameras (5MP rear, VGA front), 16GB internal memory, and near-field communication hardware. NFC tech hasn’t been fully adopted just yet, but the tapping of NFC tags could become popular in the next couple of years. The on-screen keyboard has been refined as well. TechCrunch says that while the phone has a “sleeker design” than the Nexus One, the “generic black plastic case doesn’t exactly scream for attention.” It does help that it’s not as bulky as the EVO and Droid X, though.

While the Nexus One very much stood out from the crowd when it hit the streets, the Nexus S is greeted by a much more mature market with plenty of other Android-fueled options. On the bright side, the Google Nexus S can be had for $529 fully unlocked. If you prefer subsidies, it’s $199 on a T-Mobile contract. Look for it at Best Buy after December 16.

Oh, and if you’re debating between this and a certain iDevice, TechCrunch says that the Nexus S is “better than the iPhone in most ways.” You know, like great navigation, voice input applications, and you’ll forget of such things like dropped calls.