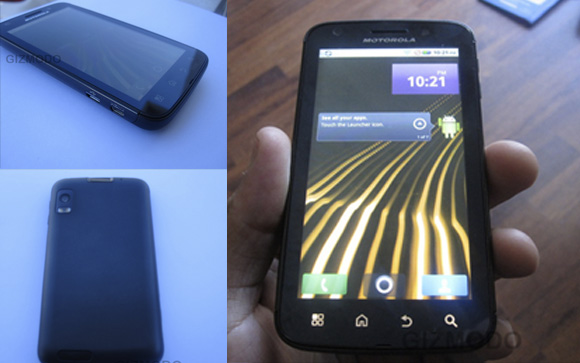 The world of Android smartphones is getting more and more enticing by the moment. One of the latest devices to get leaked out on the Internet is the Motorola Olympus. We had heard about this phone before, but this is one of the first times that we’ve seen real live photos of the upcoming device. And it’s quite the looker too.

Also known as the MB860, the Motorola Olympus is one of the new generation of smartphones getting powered by the Nvidia Tegra 2 processor. This is supposed to be a step up from the Qualcomm Snapdragon processors that we’re seeing on so many devices today. You’ll also notice the beautiful four-inch display; from what I hear, it’s not AMOLED, but more likely SLCD.

Backing up Android 2.2 Froyo (or possibly 2.3 Gingerbread) is the MOTOBLUR user interface that we’ve come to expect from Motorola smartphones. The Olympus also has a pair of cameras and HDMI out. Looking pretty darn slick there, but it’ll easily blend in among the crowd of other large-screened Android phones.

In any case, we expect to see the Olympus make its official debut at CES 2011 in Las Vegas next month. I plan to be on hand, so I’ll do my best to stop by the Moto booth to take a look at the real deal.